WHAT'S IN MY MAILBOX 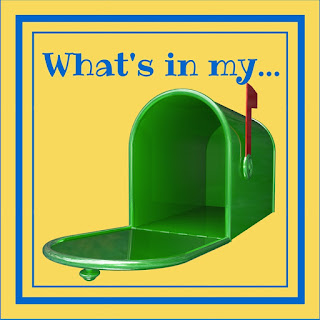 With my job as Editor-in-Chief of Middle Shelf Magazine, I receive books in the mail almost daily. Often I get books that are so exciting, they immediately move to the top of my TBR list. Here are some titles I received this week...

Buck Anderson’s life seems to be changing completely. His best friend, David, has moved away; his anxious parents are hounding him more than ever; he has reluctantly agreed to fill in for his uncle and do odd jobs for a grumpy old veteran in town; and his twin sister has a new boyfriend and is never around anymore. To top it all off, Buck is bullied by a group of boys at school—mainly because he stutters.

There is one thing that frees Buck from his worries. It is the heart-pounding exhilaration he feels when exploring underground caves in and around his hometown. He used to go caving with David, but he's determined to continue on his own now. He doesn’t know that more changes are headed his way—changes that just might make him rethink his view of the world and his place in it.

Fifteen-year-old Amadou counts the things that matter. For two years what has mattered are the number of cacao pods he and his younger brother, Seydou, can chop down in a day. This number is very important. The higher the number the safer they are because the bosses won’t beat them. The higher the number the closer they are to paying off their debt and returning home to Moke and Auntie. Maybe. The problem is Amadou doesn’t know how much he and Seydou owe, and the bosses won’t tell him. The boys only wanted to make some money during the dry season to help their impoverished family. Instead they were tricked into forced labor on a plantation in the Ivory Coast; they spend day after day living on little food and harvesting beans in the hot sun—dangerous, backbreaking work. With no hope of escape, all they can do is try their best to stay alive—until Khadija comes into their lives.

She’s the first girl who’s ever come to camp, and she’s a wild thing. She fights bravely every day, attempting escape again and again, reminding Amadou what it means to be free. But finally, the bosses break her, and what happens next to the brother he has always tried to protect almost breaks Amadou. The old impulse to run is suddenly awakened. The three band together as family and try just once more to escape.