Mental illness is far more common than most of us realize. 1 in 4 people will be affected by some form of mental illness at some point in their life. Mental illness comes in many forms from depression and anxiety to bi-polar disorder and schizophrenia, with myriad variations in between. The biggest challenge with treating any kind of mental illness is the stigma that is attached to it. Too many people fail to get the help and treatment they need because of preconceived and often inaccurate assumptions about mental illness.

That's why actress Meryl Streep founded the non-profit BRING CHANGE 2 MIND, with the goal of opening a public dialogue about mental illness and ending the stigma. One way each of us can help is by becoming more informed about what it really is. Visit the organization's website for more information: http://www.bringchange2mind.org/learn/the-facts/

In the meantime, try walking in the shoes of someone with mental illness by reading a good novel. Try one of these on for size: 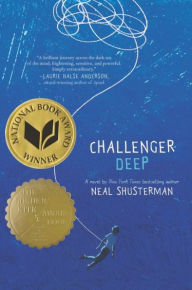 Caden Bosch is on a ship that's headed for the deepest point on Earth: Challenger Deep, the southern part of the Marianas Trench.

Caden Bosch is a brilliant high school student whose friends are starting to notice his odd behavior.

Caden Bosch is designated the ship's artist in residence to document the journey with images.
Caden Bosch pretends to join the school track team but spends his days walking for miles, absorbed by the thoughts in his head.

Caden Bosch is split between his allegiance to the captain and the allure of mutiny. 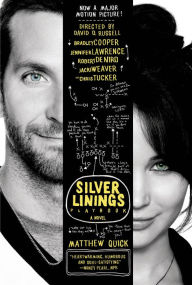 Meet Pat Peoples. Pat has a theory: his life is a movie produced by God. And his God-given mission is to become physically fit and emotionally literate, whereupon God will ensure him a happy ending—the return of his estranged wife, Nikki. (It might not come as a surprise to learn that Pat has spent several years in a mental health facility.) The problem is, Pat's now home, and everything feels off. No one will talk to him about Nikki; his beloved Philadelphia Eagles keep losing; he's being pursued by the deeply odd Tiffany; his new therapist seems to recommend adultery as a form of therapy. Plus, he's being haunted by Kenny G! 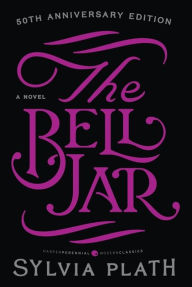 Esther Greenwood is brilliant, beautiful, enormously talented, and successful, but slowly going under—maybe for the last time. In her acclaimed and enduring masterwork, Sylvia Plath brilliantly draws the reader into Esther's breakdown with such intensity that her insanity becomes palpably real, even rational—as accessible an experience as going to the movies. A deep penetration into the darkest and most harrowing corners of the human psyche, The Bell Jar is an extraordinary accomplishment and a haunting American classic. 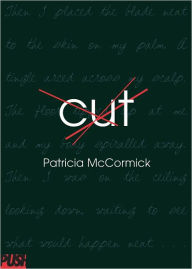 Fifteen-year old Callie is so withdrawn that she's not speaking to anyone including her therapist at the residential treatment facility where her parents and doctor send her after discovering that she cuts herself. Her story unfolds primarily through dramatic monologues, gradually revealing the family turmoil that led to her self-destructive behavior. Her little brother, Sam, is ill he nearly died in her care. Since Sam's illness, Callie's mother has become so worried and fragile that she rarely leaves the house. Her father has responded to the psychological and financial stress of Sam's illness by disappearing into his work, and when that doesn't work, into his drinking.

Callie's efforts to understand herself and her family illuminate her process of recovery honestly and with hope. Cut provides an insightful look at the psychology of cutting a form of self-abuse an estimated 2 million teenage girls inflict on themselves. 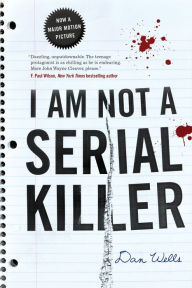 John Wayne Cleaver is dangerous, and he knows it.

He's spent his life doing his best not to live up to his potential. He's obsessed with serial killers, but really doesn't want to become one. So for his own sake, and the safety of those around him, he lives by rigid rules he's written for himself, practicing normal life as if it were a private religion that could save him from damnation.

Dead bodies are normal to John. He likes them, actually. They don't demand or expect the empathy he's unable to offer. Perhaps that's what gives him the objectivity to recognize that there's something different about the body the police have just found behind the Wash-n-Dry Laundromat---and to appreciate what that difference means.

Now, for the first time, John has to confront a danger outside himself, a threat he can't control, a menace to everything and everyone he would love, if only he could. 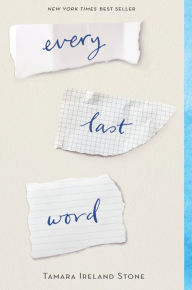 Samantha McAllister looks just like the rest of the popular girls in her junior class. But hidden beneath the straightened hair and expertly applied makeup is a secret that her friends would never understand: Sam has Purely-Obsessional OCD and is consumed by a stream of dark thoughts and worries that she can't turn off

Second-guessing every move, thought, and word makes daily life a struggle, and it doesn't help that her lifelong friends will turn toxic at the first sign of a wrong outfit, wrong lunch, or wrong crush. Yet Sam knows she'd be truly crazy to leave the protection of the most popular girls in school. So when Sam meets Caroline, she has to keep her new friend with a refreshing sense of humor and no style a secret, right up there with Sam's weekly visits to her psychiatrist.

Caroline introduces Sam to Poet's Corner, a hidden room and a tight-knit group of misfits who have been ignored by the school at large. Sam is drawn to them immediately, especially a guitar-playing guy with a talent for verse, and starts to discover a whole new side of herself. Slowly, she begins to feel more "normal" than she ever has as part of the popular crowd . . . until she finds a new reason to question her sanity and all she holds dear.