The daughter of a local police detective, 15-year-old Ryann has spent most of her life studying how to pull off the most gruesome murders her small Colorado town has ever seen.


But killing is only part of it. Ryann enjoys being the reason the cops are frenzied. The one who makes the neighbors lock their doors and windows on a hot summer’s day. The one everyone fears but no one suspects.


Carving out her own murderous legacy proves harder than she predicted. Mistakes start adding up. And with the police getting closer, and her own father becoming suspicious, Ryann has to prove once and for all that she’s smarter than anyone else—or she’ll pay the ultimate price.

“This creepy novel places you inside the mind of a twisted teen killer, which is even more unsettling because of how familiar and normal she seems. Be prepared to leave the lights on and look at the people around you in a whole new way.”

-Eileen Cook | Author of WITH MALICE

"Pretty Wicked is fresh, thrilling, and deeply haunting. I've never read anything like it! The story escalates from page one and will leave your pulse pounding as you wonder just how far Ryann will go. 5/5 stars." 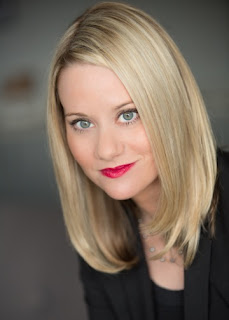 Kelly Charron is the author of YA and adult horror, psychological thrillers and urban fantasy novels. All with gritty, murderous inclinations and some moderate amounts of humor. She spends far too much time consuming true crime television (and chocolate) while trying to decide if yes, it was the husband, with the wrench, in the library. She lives with her husband and cat, Moo Moo, in Vancouver, British Columbia.

Follow the tour HERE for exclusive excerpts, guest posts and a giveaway!
a Rafflecopter giveaway