#5:  THE WRIGHT BROTHERS - This incredible biography digs deep into the brothers' discovery of the secrets of flight, their failures and successes, and their relationship to each other and to others who were close to them. I learned so much and was completely mesmerized.

#4: SPEAKING MY MIND: RONALD REAGAN - I just love Ronald Reagan. This CD is a collection of excerpts from some of his speeches. Hearing his voice, his sense of humor, and his warmth and compassion reminded me what a great man and leader he was.

#3: WIRED FOR STORY - One of the best books for writers I've ever read. Explains why writers do what they do from the stand point of human psychology. Should become a standard for all novelists.

#2: THE YEAR OF MAGICAL THINKING - The story about Joan Didion's sudden loss of her husband of forty years in the same year her daughter nearly died twice. It is more a reflection of Didion's emotions and reactions to the events of that year than a memoir. Touching and thoughtful.

#1: MILLIONAIRE SUCCESS HABITS - Wow. Powerful book about how to be successful in life. Not only can the author's tips be applied to making money, but this is also about just how to be happy. Can't recommend this highly enough. 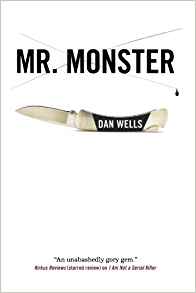 #5: MR. MONSTER - The sequel to I AM NOT A SERIAL KILLER by Dan Wells, John Wayne Cleaver is a "good" psychopath who is torn between his lust for killing and his conscience. His battle of wits against a very clever demon pushes him to the boundaries of self-control. 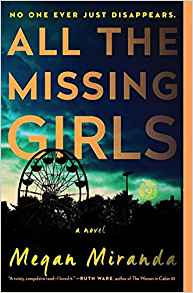 #4: ALL THE  MISSING GIRLS - Megan Miranda tells the story of two missing girls from the end to the beginning. Captivating read with plenty of shocks and plot twists. 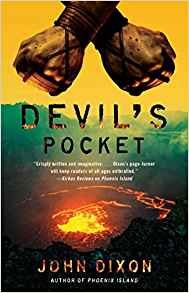 #3: DEVIL'S POCKET - The Bram Stoker Award winning story about a physically altered MMA fighter who is sent to a secret location by an even more secret society to fight to the death. Fantastic action-packed mystery. 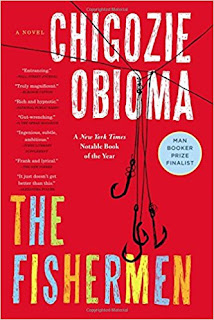 #4: THE FISHERMEN - Four brothers in Nigeria succumb to the prophesy of a local madman, setting each on a tragic path from which they cannot return. Compelling tale about the power of belief. 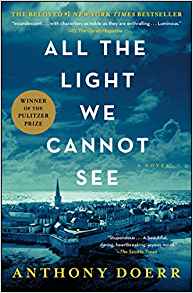 #1: ALL THE LIGHT WE CANNOT SEE - Pulitzer Prize winning story about a young blind girl caught up in the dangers of World War II when her French hometown is invaded by the Germans and her grandfather must protect a precious gem. Memorable and heart-wrenching.