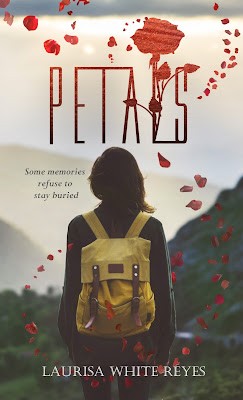 Earlier this week, I received an email informing me that my YA novel, PETALS, has received the 2017 Spark Honor Award.

I am so pleased! Writing PETALS has been a labor of love, and a very long journey. An early version of this book was actually the first manuscript I ever wrote back in about 2006. It was pretty awful, as most first books are, so I shelved and worked on many other projects. But eventually I found my way back. I changed the titles, changed the plot, revised countless times, and finally ended up with a story and a book of which I could be proud.

I did not try to get PETALS published the traditional route. I didn't submit it to agents or publishers. I honestly didn't think it had a chance. So, I published it myself with the help of a fantastic cover designer, Emma Michaels. Even that went through trial and error before we finally got it right.

The story was inspired by my visit to Guatemala, now 26 years ago. I wanted to somehow preserve my experiences in writing, but in a way that others could enjoy it just as much as I did. So, the story of Carly struggling to uncover a hidden secret surrounding her mother's death is woven into the tapestry of Guatemala, where the story takes place. 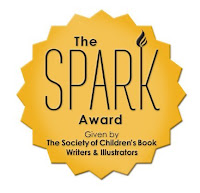 To be awarded the Spark Honor is one of the greatest achievements a self-published children's book can received. My middle grade novel, THE STORYTELLERS, won the Spark Award in 2015, another unexpected surprise.

I want to thank The Society of Children's Books Writers & Illustrators not only for bestowing this honor on my book, but for guiding and supporting me and thousands of other children's book writers throughout the world -- and for recognizing the growing industry of self-publishing.

I also want to congratulate the other Spark Award & Honor winners this year:

Flying through Clouds by Michelle Morgan
The Santa Thief by Alane Adams & illustrated by Lauren Gallegos
Bad Monkey Business by Michelle Hale
Posted by Laurisa White Reyes at 5:00 AM