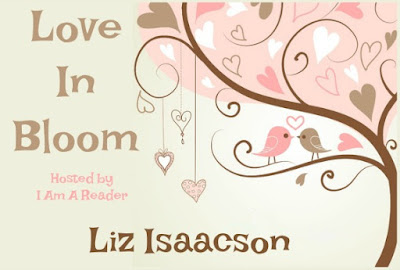 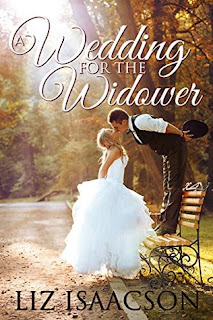 A WEDDING FOR THE WIDOWER
by Liz Isaacson

A widower with a son, a widow with breast cancer, and their path toward true love... Former rodeo champion and cowboy Walker Thompson trains horses at Brush Creek Horse Ranch, where he lives a simple life in his cabin with his ten-year-old son, Michael. A widower of six years, he's just trying to provide a life for Michael that his late wife would've approved of. He's worked with Tess Wagner, a widow who came to Brush Creek to escape the turmoil of her life to give her seven-year-old son, Graham, a slower pace of life. Together, they run a cotton candy stand at the town's Heritage Festival every fall, donating the money they raise to the National Widows & Widowers Foundation to help those who've suffered the way they have. Walker's boss and best friend, ranch owner Landon Edmunds, has encouraged him to start dating, and Walker looks no further than Tess. She's interested in him too, but neither of them wants to inflict more sorrow and suffering on the other than they've already endured. So when Tess confesses that her breast cancer has flared up again, Walker backs off. Way off. In the end, he'll have to decide if he'd rather spend even a short time with Tess and Graham than not have them in his life at all. Tess wants to feel God's love and power, but she'll have to discover and accept God's will in order to find her happy ending.

One Week Only
The books in the Brush Creek Brides Series are on sale for just 99 cents each!
April 5th to 11th 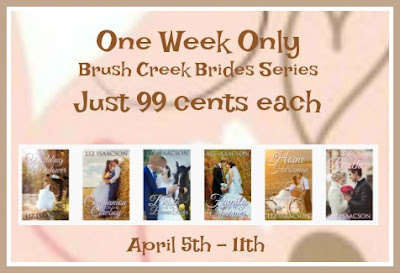 EXCERPT:
An hour later, he pulled his truck into the parking lot at Oxbow Park. The place was already bustling with activity as vendors and volunteers set up booths, hung signs, and cleared pathways.

“I’ll grab the machine,” Walker said as he opened his door. “You grab the sacks and twist ties, all right?”

Walker took a moment to appreciate his son. He had Walker’s shock of black hair and his skin that seemed to soak up the sun’s rays. But he looked back at Walker with eyes the exact color of Libby’s—hazel, with more brown than green—and the shape of his nose mirrored hers as well. More rounded and flat, whereas Walker sported a long, straight nose.

“Will Tess have the sugar?” Michael asked as Walker lowered the tailgate.

“Supposed to.” For some reason, his heart kicked out an extra beat at the thought of Tess Wagner.
He’d been friends with Tess since the day she moved to Brush Creek, four years ago. She’d shown up with a two-year-old son and a tragic story about her husband dying in a sheet metal accident, at the very salvage center that he owned.

They’d been selling cotton candy and donating the proceeds to the National Widow and Widowers Foundation for the past four summers.

Walker had never known Tess to be late, and she wasn’t today either. He found her in their usual location—right across from the lemonade stand—setting up the awning that would protect them from the worst of the sun.

His feet slowed when he saw her, allowing Michael to get ahead of him. Tess had a small flower pinned in her super short blonde hair. She wore a pair of dark blue shorts and a tank top that boasted her slender shoulders and the length of her neck.

Walker’s face heated, something that had decidedly never happened when he’d encountered Tess before. He wasn’t sure why he was reacting this way to a woman he’d been friends with for years.
Stupid Megan and her stupid insistence about dating, Walker thought as he finally got his feet moving again.

Although, if Walker were really being honest with himself, if he had to start dating again, Tess would be his first choice. He swallowed hard and hefted the cotton candy machine onto the table the town provided.

“Morning,” he said and turned his back on Tess so he could get control of himself. At thirty-six years old, he shouldn’t have to deal with raging hormones.

“Morning,” she chirped. “Michael, Graham’s over on the playground. You can go on over, if you want.”

Walker glanced up, because he knew his son would look to him for permission before running off. Sure enough, Michael was watching him. “Go on,” Walker said with a smile, thinking Tess’s seven-year-old son was the perfect friend for Michael.

Maybe he should just ask Tess out. He was grown-up. So was she. She’d been married before. They both had sons. They had a lot in common. Why shouldn’t he go out with her?

Why shouldn’t I? He tilted his head back and glanced into the sky, pleading with the Lord to give him a single reason to stay away from Tess Wagner.

Nothing came. Only the richest, bluest sky stared back.

At the very least, it would get Megan Edmunds off his back about “putting himself out there.”
Determined in his plan to leave the festival that evening with a date on the horizon, he was finally able to relax in Tess’s presence. 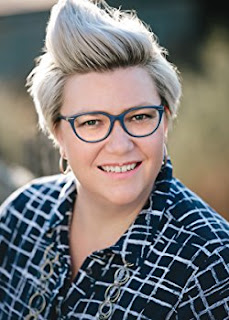 Author Liz Isaacson USA Today bestselling author, Liz Isaacson, writes inspirational cowboy romances. Her Three Rivers Ranch Romance series has multiple #1 bestsellers in half a dozen categories. She loves all things to do with contemporary cowboys, and will write romance in Texas, Montana, and anywhere else she can find horses and mountains.

Giveaway Details Ends 5/2/18 Open only to those who can legally enter, receive and use money sent via Paypal or gift codes via Amazon.com. Winning Entry will be verified prior to prize being awarded. No purchase necessary. You must be 18 or older to enter or have your parent enter for you. The winner will be chosen by rafflecopter and announced here as well as emailed and will have 48 hours to respond or a new winner will be chosen. This giveaway is in no way associated with Facebook, Twitter, Rafflecopter or any other entity unless otherwise specified. The number of eligible entries received determines the odds of winning. This giveaway was organized by Kathy from I Am A Reader and sponsored by the author. VOID WHERE PROHIBITED BY LAW.


a Rafflecopter giveaway
Posted by Laurisa White Reyes at 2:48 PM