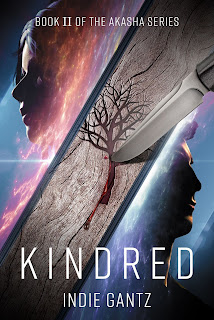 Summary: In Kindred we find the Damuzi twins settling into their new home with Kori Lark’s family. Desperate to keep the dangerous truth of their identity a secret, Charlie and Tirigan educate themselves on everything that was kept from them, while delving deeper into their mother’s past. In the fut ure, Tirigan is dealing with the complicated emotions that overwhelm him after the events of Passage. In an attempt to control the situation, Tirigan turns inward and cuts himself off from those who need him most. By the time Charlie and Tirigan’s timelin e’s merge, a burning mystery is solved, and more than one relationship begins to unravel. Friendship. Trust. Dependency. Lies. The Damuzi twin’s story continues.

“You know, I had a Cornish Rex like you once. He’d stare at me from the corner of the room. I swear he was reading my thoughts, finding out all there was that made me, me.”

Hesitantly, I step into his office, feeling equal parts encouraged and confused by his greeting. Kor lifts his feet off of the bookcase and turns his chair around so he’s propping them up on his desk instead, facing me. He discards the book he’s reading on to his desk and takes his reading glasses off, placing the end of one of the arms between his lips for a moment, before continuing to speak.

“It’s an interesting concept, of course, because our thoughts make us who we are, do they not?” He tilts his head softly, as if considering his own theory for the first time. “So, if my lovely feline friend could get inside my head and conjure all of my thoughts for himself, does he not then become another incarnation of me?” Kor shrugs and puts his hands behind his head, scuffing the back of his hair up a few times. His eyes dance around the ceiling for a moment, obviously lost in thought, before they land on me once more. He smiles wryly at me and tips his head to the side again.

I don’t think much before I answer him. I’ve learned very quickly to just go with the flow when speaking with Kor, even if he isn’t making any sense at first.

“Well, speaking from experience, being in someone’s head doesn’t suddenly turn you into them. I can hear all kinds of things in Tirigan’s head, and it doesn’t make him any easier to understand.”

“But the very act of reading another’s thoughts! You delve into their psyche; it exposes their every whim and desire!” Kor’s hands come up from behind his head, and he gestures wildly.

His enthusiasm makes me laugh, and I take a few steps further into his office.

“No, that doesn’t make any sense,” I counter. “Your thoughts can’t make up your soul. Your thoughts
can be manipulated. They change and evolve.”

“Hmm... yes.” He strokes his chin, something I imagine only very old people do and only if they have a beard to play with. “Your thoughts come and go, ebb and flow. To assign each individual thought to your soul would be a traitorous thing to do to yourself.” Kor’s lips pull into a smile, and his grey eyes sparkle up at me. “Don’t you think?”

It takes me a moment, but it isn’t long before I make the connection.

“This morning,” I finally say, looking down at my fidgeting hands. “The fight I had with Tirigan. You
heard?” Kor says nothing, but his smile softens considerably. “So, you’re saying that just because I said something pretty horrible, it doesn’t mean I’m a bad person.”

“I haven’t the faintest. I just miss my cat.”

The left corner of Kor’s mouth quirks up slightly. “But that sounds like some good advice to me.” 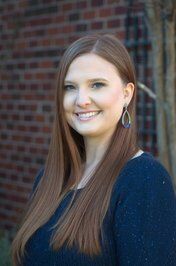 About the Author Indie Gantz grew up in Northern Virginia and received her Psychology degree at George Mason University. Despite her passion and curiosity for the human mind, Indie left her chosen field of study to finally give voice to the many imagined minds she has created. Indie lives with her family in North Carolina. She spends her days drinking tea and clacking keys.

Blog Tour Organized by: YA Bound Book Tours
Posted by Laurisa White Reyes at 5:30 AM