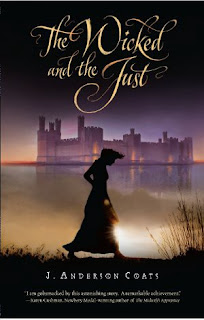 
1293. North Wales. Ten years into English rule.
Cecily would give anything to leave Caernarvon and go home. Gwenhwyfar would give anything tosee all the English leave.
Neither one is going to get her wish.
Behind the city walls, English burgesses govern with impunity. Outside the walls, the Welsh areconfined by custom and bear the burden of taxation, and the burgesses plan to keep it that way.Cecily can’t be bothered with boring things like the steep new tax or the military draft that requires Welshmen to serve in the king’s army overseas. She has her hands full trying to fit in with the town’s privileged elite, and they don’t want company.
Gwenhwyfar can’t avoid these things. She counts herself lucky to get through one more day, andservice in Cecily’s house is just salt in the wound. But the Welsh are not as conquered as they seem, and the suffering in the countryside is rapidly turning to discontent. The murmurs of revolt may be Gwenhwyfar’s only hope for survival – and the last thing Cecily ever hears.“[An] unusually honest portrait of the effects of power…[Coats] offers us a potent historical novel.” –Horn Book (starred review)
“Never opting for the easy characterization, debut author Coats compellingly re-creates thisoccupation from both sides. … Brilliant: a vision of history before the victors wrote it.” - Kirkus(starred review)

J. Anderson Coats's book will be released on April 17th. She took a moment out of her busy schedule today to spend some time with us and share some insights into her writing experience. Be sure to scroll down to the end for a chance to win a signed copy of THE WICKED AND THE JUST along with some other goodies!

1. Tell us about your book in one sentence.

2. What inspired you to write this book?

Medieval Wales doesn’t get a lot of attention despite the fact that it was a complicated, dynamic place.  The native rulers managed to resist outright conquest by their English neighbors until 1283, but then the victorious English fast-tracked a series of castles and walled towns to maintain control of the area and the people.

What interested me was this question: Even when granted a lot of special privileges - including significant tax breaks - how did English settlers live in a place where they were outnumbered twenty to one by a hostile, recently-subjugated population, and how did the Welsh live so close to people who’d done the subjugating, especially given the burdens placed on them by their new masters? 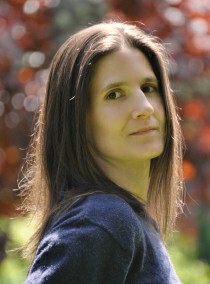 3. What books did you enjoy reading as a kid?

I read like a buzz saw when I was a kid, but my favorites were series books - THE SADDLE CLUB, the LITTLE HOUSE books, THE BABYSITTERS CLUB, and anything by Marguerite Henry.  I liked sinking into a world and staying there a long time.

4. What books to you enjoy reading now?

I’ll read just about anything that can keep me guessing up to the end.

5. Tell us a little about your journey to publication.

I wrote my first novel at age thirteen.  It was about a hundred pages long, typed, single-spaced, and it was really bad.  By age eighteen, I’d written five more, each slightly less bad than the last.  I started querying at age twenty, and I queried four novels over ten years before I wrote and sold The Wicked and the Just.  Ray Bradbury famously said that your first million words don’t count.  I think it was more like two million for me.  But then within a month in 2010, I went from unagented to having a book contract – it was a whirlwind.

Right now I’m working on several projects.  One is a companion novel to The Wicked and the Just which follows Maredydd ap Madog, whose father is the ringleader of the rebellion of 1294, as he negotiates the future his father wants for him and the future he wants for himself.  Then there’s a standalone book that’s set in twelfth-century Wales about a warband, an abduction, a badly-timed war, a charismatic but mercurial king’s son and a girl who would do about anything for a chance at a normal life.

Ms. Coats has graciously agreed to provide 1 signed copy of her book along with a replica medieval pilgrim badge and a swag pack to giveaway!

To be eligible for the drawing, just leave a comment below with your email address so I can contact you if you win. Extra entries will be given for tweeting this post or putting it on Facebook. Just let me know what you've done.

This giveaway will end on April 23rd.
Posted by Laurisa White Reyes at 12:03 AM