MY FIRST BOOK SIGNINGS - A REPORT

A lot of you have asked how things went this weekend. Sorry I couldn't report earlier, but it's been a whirlwind around here. And it's not going to stop anytime soon. 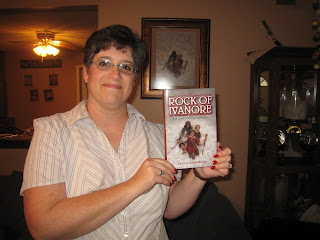 The Words of Wonder's last tour stops were Once Upon A Time in Montrose, CA and Children's Book World in Los Angeles. I had the privilege of appearing alongside Jenn Reese author of Above World and Anne Nesbet author of The Cabinet of Earths. Both women are dynamic authors and speakers, and we had a lot of fun. 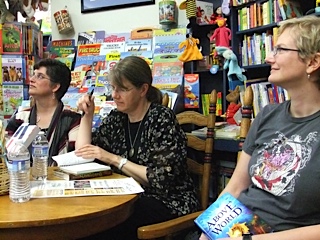 I should back up a little to Thursday. I got two heavy boxes in the mail. I knew what they were, but you know me. I'm always running. I had just enough time to carry them inside (well, had my son carry them inside) and then take off to get my kids somewhere. Later when my family was gathered, I opened the boxes and held MY BOOK for the first time ever! It was a moment I'd waited for most of my life. 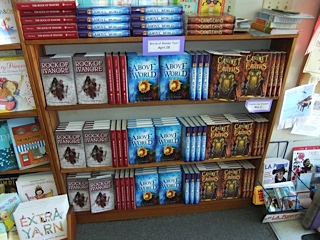 Friday Jenn, Anne and I met at restaurant in Montrose to formulate our game plan, which was to share snippets of our books via random page number Bingo. Also we "compared" our books' settings, characters, food, etc. A photographer from the Glendale Leader Newspaper arrived. (Look for an article this week or next.) We handed out a couple of goodie baskets, signed a few books, and that was that. 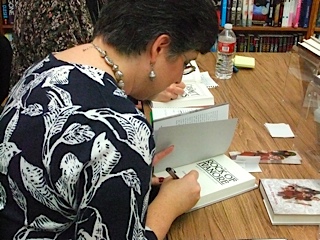 We did the same thing the next day at Children's Book World, only with one very interesting twist. Prior to the event, I handed out bookmarks to store browsers and invited them to stay for the event. A few did stay, but several who couldn't still purchased our books and chatted with us for a while. One was a delightful young lady about 14 years old named Stella. She and her mom had come looking for "a book" and left with all three of ours. We enjoyed talking with them. Genuinely nice people. 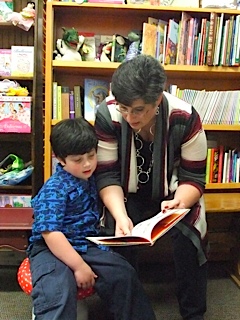 Following the end of the event, the bookstore owner presented each of us with a book. Opening the covers, they were each personalized to us by name and signed by Amy Yasbeck, actress and wife of the late John Ritter. (Amy Yasbeck starred in the 90s comedy "Wings", one of my favorite shows.) So, you never know who you're going to bump into. By the way, the book is called WITH LOVE AND LAUGHTER, JOHN RITTER, and is wonderful. I ran right home and read it - review coming soon.

So, what's next?  If you live in Southern California, be sure to stop by Once Upon A Time's booth at the Pasadena Lit Festival on Saturday, May 12th. I will be there signing more books.

Also, I will be appearing along with five other YA/middle grade authors at the Los Angeles Central Library's Teen Reads event on May 24th @ 6:30pm.

Finally, don't forget my book launch party at Barnes & Noble in Valencia, CA. It will be held on May 18th @ 7p in conjunction with a fundraiser/book fair for The Huckleberry Center for Creative Learning. Everyone's invited!

See you there!
Posted by Laurisa White Reyes at 7:25 AM