- Win signed bookmarks for SLIDE by Jill Hathaway (Ends 6/13)
- Win EGGS OVER EVIE by Alison Jackson (Ends 6/11)
- Win THE RIFTS OF RIME by Steven Peck (Ends 6/4)
- Win DEVINE INTERVENTION by Martha Brockenbrough (Ends 6/6)
Welcome to SUPER SWAG SUNDAY, a celebration of the best in new middle grade and young adult fiction. For the next 7 days, this blog will be highlighting 34 amazing new books! Each day you can enter our MEGA SWAG PACK GIVEAWAY by filling out the Rafflecopter form below. You can enter once or every single day!

Come back each day for new books and more chances to win! Best of luck to everyone!
THE MARBLE QUEEN
by Stephanie J. Blake


Freedom Jane McKenzie isn’t good at following the rules. She doesn’t like any of the things that girls are supposed to like. She’s good at fishing, getting into trouble—and playing marbles. All she wants is to enter the marble competition at the Autumn Jubilee and show the boys in the neighborhood that she’s the best player. If she can’t be the Marble King, then she’ll be the Marble Queen. First, Freedom has to convince her mother to let her enter. But there’s a new baby on the way, Freedom’s daddy is drinking too much, her little brother is a handful, and her mother is even more difficult than usual. Freedom learns that when it comes to love, friendship, and family, sometimes there are no rules. Set in 1959, The Marble Queen is a timeless story about growing up. 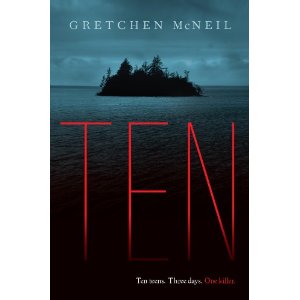 It was supposed to be the weekend of their lives — an exclusive house party on Henry Island. Best friends Meg and Minnie each have their reasons for being there (which involve T.J., the school’s most eligible bachelor) and look forward to three glorious days of boys, booze and fun-filled luxury.

But what they expect is definitely not what they get, and what starts out as fun turns dark and twisted after the discovery of a DVD with a sinister message: Vengeance is mine.

Suddenly people are dying, and with a storm raging, the teens are cut off the from the outside world. No electricity, no phones, no internet, and a ferry that isn’t scheduled to return for two days. As the deaths become more violent and the teens turn on each other, can Meg find the killer before more people die? Or is the killer closer to her than she could ever imagine. 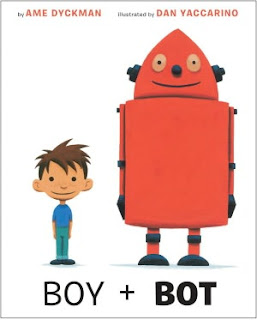 One day, a boy and a robot meet in the woods. They play. They have fun.

But when Bot gets switched off, Boy thinks he's sick. The usual remedies—applesauce, reading a story—don't help, so Boy tucks the sick Bot in, then falls asleep.

Bot is worried when he powers on and finds his friend powered off. He takes Boy home with him and tries all his remedies: oil, reading an instruction manual. Nothing revives the malfunctioning Boy! Can the Inventor help fix him?

Using the perfect blend of sweetness and humor, this story of an adorable duo will win the hearts of the very youngest readers. 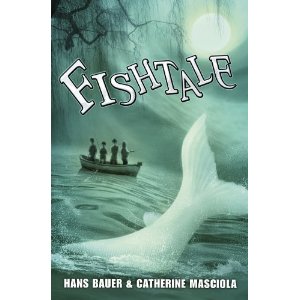 
Sawyer Brown’s family runs a catfish farm in rural Mississippi. When his widowed mom gets sick after her wedding ring is swallowed by a pond “cat,” Sawyer is sure the missing ring is to blame. But he soon suspects that the pond cat has become the meal of a far more challenging catch. He sets out with his friends—and his stowaway little sister—to find the culprit that stole the ring.
Journeying deep into the bayou, the foursome must band together to battle the elements, outwit a sneaky poacher, and overcome their differences in pursuit of a colossal catfish. But this is no ordinary fish. This is Ol’ One Eye—the biggest, oldest, smartest, and meanest durn cat that ever swam the Yazoo River! And before long, the adventurers aren’t sure who’s chasing who. 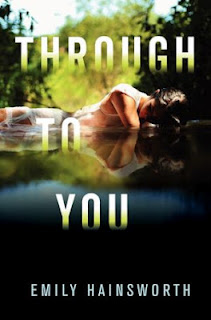 THROUGH TO YOU
by Emily Hainsworth


Camden Pike has been grief-stricken since his girlfriend, Viv, died. Viv was the last good thing in his life: helping him rebuild his identity after a career-ending football injury, picking up the pieces when his home life shattered, and healing his pain long after the meds wore off. And now, he'd give anything for one more glimpse of her. But when Cam makes a visit to the site of Viv's deadly car accident, he sees some kind of apparition. And it isn't Viv.

The apparition's name is Nina, and she's not a ghost. She's a girl from a parallel world, and in this world, Viv is still alive. Cam can't believe his wildest dreams have come true. All he can focus on is getting his girlfriend back, no matter the cost. But things are different in this other world: Viv and Cam have both made very different choices, things between them have changed in unexpected ways, and Viv isn't the same girl he remembers. Nina is keeping some dangerous secrets, too, and the window between the worlds is shrinking every day. As Cam comes to terms with who this Viv has become and the part Nina played in his parallel story, he's forced to choose--stay with Viv or let her go--before the window closes between them once and for all.
a Rafflecopter giveaway
Posted by Laurisa White Reyes at 12:01 AM