Come back each day for new books and more chances to win! Best of luck to everyone!
Missed Day #1?  Click HERE! 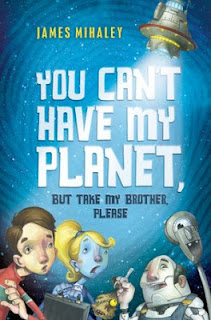 YOU CAN'T HAVE MY PLANET, BUT TAKE MY BROTHER, PLEASE!
by James Mihaley

Thirteen-year-old Giles is the last person anyone would expect to save the planet. he's not as charming as his little sister, and not as brainy as his goody-goody older brother. But when Giles witnesses an alien realtor showing Earth to possible new tenants, he knows he'd better do something. With the help of an alien "attorney" and the maddest scientist in middle-grade fiction, Giles just might save humans from eviction from Earth. Let's hope so. The alternatives are...not so hospitable. 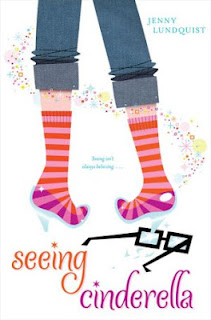 Sixth grade is not going well for Calliope Meadow Anderson. Callie’s hair is frizzy, her best friend, Ellen, is acting weird, and to top things off, she has to get glasses. And her new specs aren’t even cute, trendy glasses—more like hideously large and geeky. But Callie soon discovers that her glasses have a special, magical perk: When she wears them, she can read people’s thoughts. Crazy glasses aside, Callie has more drama to face when she’s cast as the lead in the school play—and instead opts to be an understudy, giving the role of Cinderella to Ellen. Can Callie’s magic glasses help her see her way to leading lady, or is she destined to stay in the background forever? 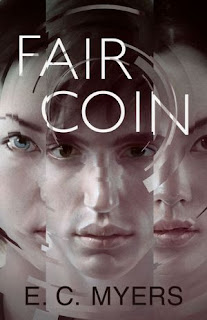 Sixteen-year-old Ephraim Scott is horrified when he comes home from school and finds his mother unconscious at the kitchen table, clutching a bottle of pills. The reason for her suicide attempt is even more disturbing: she thought she'd identified Ephraim's body at the hospital that day.

Among his dead double's belongings, Ephraim finds a strange coin--a coin that grants wishes when he flips it. With a flick of his thumb, he can turn his alcoholic mother into a model parent and catch the eye of the girl he's liked since second grade. But the coin doesn't always change things for the better. And a bad flip can destroy other people's lives as easily as it rebuilds his own.

The coin could give Ephraim everything he's ever wanted--if he learns to control its power before his luck runs out. 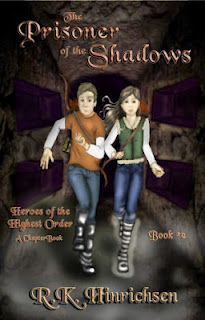 THE PRISONER OF THE SHADOWS (Heroes of the Highest Order)

Dan and Page search the catacombs in Italy, race through the streets of India, and follow in the footsteps of Mother Teresa to rescue their grandfather from the Prison of the Shadows.


But neither do the Heroes of the Highest Order! 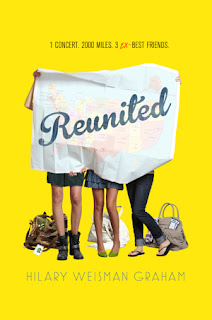 Alice, Summer, and Tiernan used to be best friends—as well as the self-proclaimed biggest fans of the band Level3. But when the band broke up, so did their friendship. Now, four years later, they’ve just graduated from high school. When Level3 announces a one-time reunion show in Texas, Alice impulsively buys tickets and invites her two former friends along for the trip. Reluctant at first, both girls agree to go, each with her own ulterior motive. But old resentments and other roadblocks—from unintended detours to lost concert tickets—keep getting in the girls’ way. Will their friendship get an encore, or is the show really over?