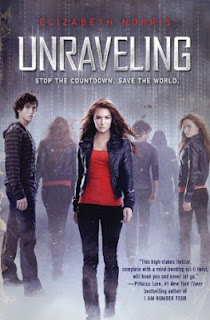 Two days before the start of her junior year, seventeen-year-old Janelle Tenner is hit by a pickup truck and killed—as in blinding light, scenes of her life flashing before her, and then nothing. Except the next thing she knows, she's opening her eyes to find Ben Michaels, a loner from her high school whom Janelle has never talked to, leaning over her. And even though it isn't possible, she knows—with every fiber of her being—that Ben has somehow brought her back to life. But her revival, and Ben's possible role in it, is only the first of the puzzles that Janelle must solve. While snooping in her FBI agent father's files for clues about her accident, she uncovers a clock that seems to be counting down to something—but to what? And when someone close to Janelle is killed, she can no longer deny what's right in front of her: Everything that's happened—the accident, the murder, the countdown clock, Ben's sudden appearance in her life—points to the end of life as she knows it. And as the clock ticks down, she realizes that if she wants to put a stop to the end of the world, she's going to need to uncover Ben's secrets—and keep from falling in love with him in the process. 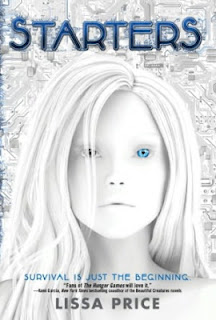 In the future, teens rent their bodies to seniors who want to be young again. One girl discovers her renter plans to do more than party--her body will commit murder, if her mind can't stop it. Sixteen-year-old Callie lost her parents when the genocide spore wiped out everyone except those who were vaccinated first--the very young and very old. With no grandparents to claim Callie and her little brother, they go on the run, living as squatters, and fighting off unclaimed renegades who would kill for a cookie. Hope comes via Prime Destinations, run by a mysterious figure known only as The Old Man. He hires teens to rent their bodies to seniors, known as enders, who get to be young again. Callie's neurochip malfunctions and she wakes up in the life of her rich renter, living in her mansion, driving her cars, even dating Blake, the grandson of a senator. It's a fairy-tale new life . . . until she uncovers the Body Bank's horrible plan. . . . 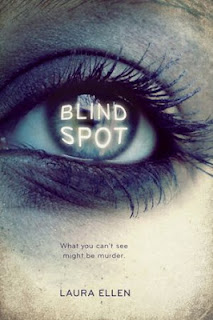 There’s none so blind as they that won’t see.
Seventeen-year-old Tricia Farni’s body floated to the surface of Alaska’s Birch River six months after the night she disappeared. The night Roz Hart had a fight with her. The night Roz can’t remember. Roz, who struggles with macular degeneration, is used to assembling fragments to make sense of the world around her. But this time it’s her memory that needs piecing together—to clear her name . . . to find a murderer. 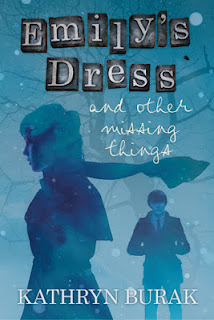 EMILY'S DRESS AND OTHER MISSING THINGS
by Kathryn Burak

When Claire’s best friend Richy went missing, he disappeared without a trace. But when Emily Dickinson’s dress goes missing from the Amherst museum, she knows exactly where it is: in her closet. As Claire and her student teacher, Tate, attempt to figure out what do to about the dress, they begin to uncover the truth behind Richy's disappearing act. Following a trail of clues across state lines, Claire and Tate attempt to find the person that Claire knows in her gut is responsible for his disappearance. 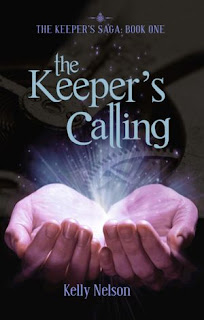 They come from two different worlds. One fateful discovery will bring them together. Neither of their lives will ever be the same. Chase Harper's to-do list for senior year never included fall in love and fight for your life, but things rarely go as planned. Tarnished gold and resembling a pocket watch, the counter he finds in a cave during the summer of 2011 will forever change the course of his life, leading him to the beautiful Ellie Williams and unlocking a power beyond his wildest imagination. In 1863, Ellie Williams completes school in Boston and returns to the Utah Territory only to discover that her grandfather and his counter, a treasured family heirloom, are missing. When Ellie is abducted and told she must produce the counter or die, an unexpected rescuer comes to her aid.

a Rafflecopter giveaway
Posted by Laurisa White Reyes at 9:46 PM