Welcome to SUPER SWAG SUNDAY, a celebration of the best in new middle grade and young adult fiction. Every day this week, this blog will be highlighting 32 amazing new books! Each day you can enter our MEGA SWAG PACK GIVEAWAY by filling out the Rafflecopter form below. You can enter once or every single day! 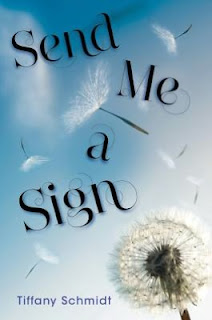 Mia is always looking for signs. A sign that she should get serious with her soccer-captain boyfriend. A sign that she’ll get the grades to make it into an Ivy-league school. One sign she didn’t expect to look for was: “Will I survive cancer?” It’s a question her friends would never understand, prompting Mia to keep her illness a secret. The only one who knows is her lifelong best friend, Gyver, who is poised to be so much more. Mia is determined to survive, but when you have so much going your way, there is so much more to lose. From debut author Tiffany Schmidt comes a heart-wrenching and ultimately uplifting story of one girl’s search for signs of life in the face of death. 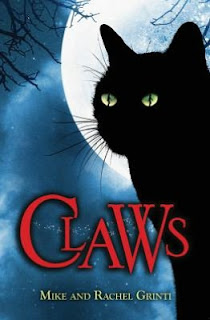 In a contemporary fairytale as irresistible as catnip, one girl discovers that some magic cuts deep...

Emma's sister is missing. Her parents have spent all their savings on the search. And now the family has no choice but to live in a ramshackle trailer park on the edge of the forst, next door to down-and-out harpies, hags, and trolls. Emma wonders if she'll ever see Helena, and if she'll ever feel happy, again. Then she makes a friend. A smooth-talking, dirty-furred cat named Jack. He's got a razor-sharp plan to rescue Emma's sister. He just wants one small favor in return... 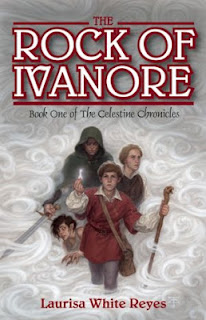 THE ROCK OF IVANORE
by Laurisa White Reyes 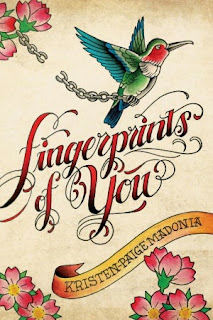 FINGERPRINTS OF YOU
by  Kristen Page Madonia

Lemon grew up with Stella, a single mom who wasn’t exactly maternal. Stella always had a drink in her hand and a new boyfriend every few months, and when things got out of hand, she would whisk Lemon off to a new town for a fresh beginning. Now, just as they are moving yet again, Lemon discovers that she is pregnant from a reckless encounter—with a guy Stella had been flirting with. On the verge of revisiting her mother’s mistakes, Lemon struggles to cope with the idea of herself as a young unmarried mother, as well as the fact that she’s never met her own father. Determined to have at least one big adventure before she has the baby, Lemon sets off on a cross-country road trip, intending not only to meet her father, but to figure out who she wants to be. 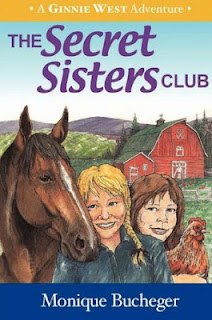 Twelve-year-old BFF’s Ginnie and Tillie, want to be sisters. Tillie's divorced mom plus Ginnie's widowed dad could equal a lifetime of round-the-clock girl talk and slumber parties. Too bad Dad vowed to never marry again. Ginnie and Tillie form a secret club. They come up with the perfect mission to change his mind: ‘Operation Secret Sisters’. Before long, Tillie seems happier about gaining a dad than a sister. Ginnie suspects Tillie has turned ‘Operation Secret Sisters’ into a scam called ‘Operation Steal My Dad.’ Things get more complicated when Ginnie stumbles across her real mom’s hidden journals. Ginnie can finally get to know the mother she doesn’t remember and Dad doesn’t talk about. When Dad discovers she has the journals, he takes them away. Ginnie needs to figure out what the big mystery is before her relationship with her father and her best friend are ruined forever.


a Rafflecopter giveaway
Posted by Laurisa White Reyes at 12:01 AM