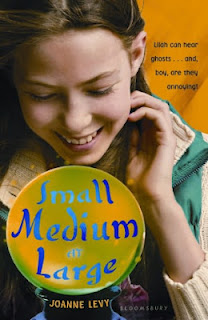 After she’s hit by lightning at a wedding, twelve-year-old Lilah Bloom develops a new talent: she can hear dead people. Among them, there’s her overopinionated Bubby Dora; a prissy fashion designer; and an approval-seeking clown who livens up a séance. With Bubby Dora leading the way, these and other sweetly imperfect ghosts haunt Lilah through seventh grade, and help her face her one big fear: talking to—and possibly going to the seventh-grade dance with—her crush, Andrew Finkel. 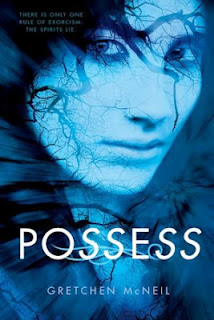 
Fifteen-year-old Bridget Liu just wants to be left alone: by her over-protective mom, by Matt Quinn, the cute son of a local police sergeant, and by the eerie voices she can suddenly and inexplicably hear. Unfortunately for Bridget, the voices are demons—and Bridget possesses the rare ability to banish them back to whatever hell they came from. Literally. Terrified to tell her friends or family about this new power, Bridget confides in San Francisco’s senior exorcist, Monsignor Renault. The monsignor enlists her help in increasingly dangerous cases of demonic possession, but just as she is starting to come to terms with her freakish new role, Bridget receives a startling message from one of the demons. And when one of her oldest friends is killed, Bridget realizes she’s in deeper than she ever thought possible. Now she must unlock the secret to the demons’ plan before someone else close to her winds up dead—or worse, the human vessel for a demon king. 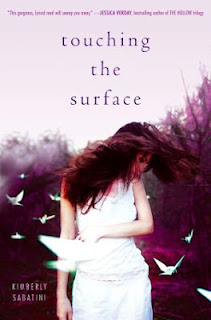 TOUCHING THE SURFACE
by Kimberly Sabatini

When Elliot finds herself dead for the third time, she knows she must have messed up, big-time. She doesn’t remember how she landed in the afterlife again, but she knows this is her last chance to get things right. Elliot just wants to move on, but first she will be forced to face her past and delve into the painful memories she’d rather keep buried. Memories of people she’s hurt, people she’s betrayed…and people she’s killed. As she pieces together the secrets and mistakes of her past, Elliot must find a way to earn the forgiveness of the person she’s hurt most, and reveal the truth about herself to the two boys she loves…even if it means losing them both forever. 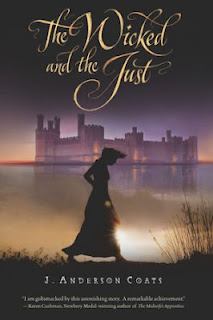 THE WICKED AND THE JUST
by J. Anderson Coats

Cecily’s father has ruined her life. He’s moving them to occupied Wales, where the
king needs good strong Englishmen to keep down the vicious Welshmen. At least
Cecily will finally be the lady of the house. Gwenhwyfar knows all about that house. Once she dreamed of being the lady there herself, until the English destroyed the lives of everyone she knows. Now she must wait hand and foot on this bratty English girl. While Cecily struggles to find her place amongst the snobby English landowners, Gwenhwyfar struggles just to survive. And outside the city walls, tensions are rising ever higher—until finally they must reach the breaking point. 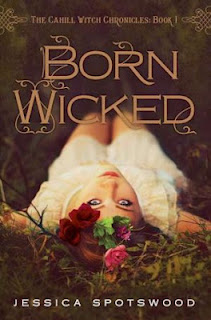 Everybody knows Cate Cahill and her sisters are eccentric. Too pretty, too reclusive, and far too educated for their own good. But the truth is even worse: they're witches. And if their secret is discovered by the priests of the Brotherhood, it would mean an asylum, a prison ship - or an early grave.  Before her mother died, Cate promised to protect her sisters. But with only six months left to choose between marriage and the Sisterhood, she might not be able to keep her word . . . especially after she finds her mother's diary, uncovering a secret that could spell her family's destruction. Desperate to find alternatives to their fate, Cate starts scouring banned books and questioning rebellious new friends, all while juggling tea parties, shocking marriage proposals, and a forbidden romance with the completely unsuitable Finn Belastra. If what her mother wrote is true, the Cahill girls aren't safe. Not from the Brotherhood, the Sisterhood - not even from each other.

a Rafflecopter giveaway
Posted by Laurisa White Reyes at 8:26 PM