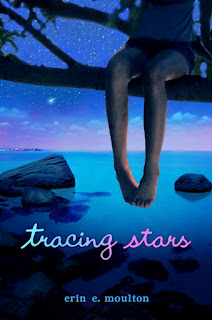 
Indie Lee Chickory is the fish freak of Plumtown. She's an expert at making fish faces and has a pet, The Lobster Monty Cola, who lives in a salt-water pool outside her bedroom window. But while she likes fish very much, not everyone else does, which makes finding friends a little difficult. Sure there's her older sister, Bebe, but she has other friends--and also has a starring role in the upcoming town musical, which has made her pretty popular. So when Indie accidentally brings Monty to school, to disastrous results, Bebe almost dies of embarrassment and Indie is left without anyone. No friends, no sister, and no lobster.

One night, Indie wishes on her favorite star. She wants to find the lobster Monty Cola and to be a better Chickory so that Bebe will like her again. But finding Monty and being a better Chickory is an all day and all night job. During the day, Indie works at the theater, showing Bebe and her friends how much she can fit in with their crew. And at night, she searches for her lost lobster by building a fishing boat up in a tree with Owen Stone, who works in the props shop. Everything seems to be going well--until Bebe and her gang make it clear that being friends with Owen is a ticket straight to loserville.

Can Indie keep her friendship with Owen a secret? And will doing so make her a better Chickory--or a worse one?

Tracing Stars is Erin Moulton's second book. Her first book, Flutter, was recently released in paperback. Erin has graciously offered signed copies of BOTH books as a giveaway! Find out how to win them at the end of the interview. 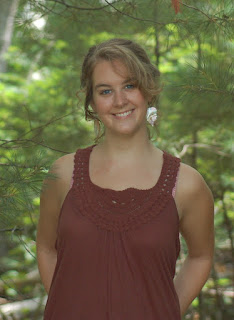 1.      Tell us about Tracing Stars in one sentence.
Tracing Stars is a coastal story that centers on Indie Lee Chickory and Owen Stone while they search for a lost golden lobster (named The Lobster Monty Cola), friendship and acceptance.

2.      This is your second middle grade book. Can you tell us a little about your first?
Sure!  My first middle grade novel is called Flutter and it is about two sisters who set off into the mountains of Vermont looking for a miracle water for their prematurely born baby sister.  They come across bears, rapids, rough terrain, poachers and other obstacles as they make their journey.

3.      What inspired you to write Tracing Stars?
Good question. I don’t really have an easy answer for that one. When I first jotted down the original proposal I was inspired to write a novel that would feel like Little Women meets Bridge to Terabithia.  And that is the concept that I sold to my editor.  However, as we got farther and farther into the story things began to change and morph. So in this case, every editorial letter expanded my vision and inspired me more.  Believe it or not, one of the key characters (The Lobster Monty Cola) was one of the last characters to show up.
On the other hand, Flutter, was a very different novel where I was directly inspired by my sisters.  And in truth, I am always inspired by them, but in Tracing Stars there isn’t a particular person or instance that I can point to, except for my wonderful editor Jill Santopolo who always asks just the right questions at just the right time.

4.      What kind of books did you enjoy reading when you were young?
I read all kinds of things.  I mean all kinds.  From R.L. Stine to Shakespeare.  From Phyllis Reynolds Naylor to Chaucer.  Some of my favorites growing up (and heck, they still are today) were The Giver by Lois Lowry, Lyddie by Katherine Paterson and A Murder For Her Majesty by Beth Hilgartner.

5.      Share a little about your road to publication.
The song Rocky Road to Dublin just came into my head.  How fitting!  I went to Vermont College for my MFA in writing for children.  While I was in the program I didn’t send out any queries or try to get published, but about six months after I graduated I began the journey. My first book, Flutter, is a VC baby! I toted it around for about two years trying to get some interest from agents and finally found my wonderful agent, Ammi-Joan Paquette of the Erin Murphy Literary Agency.  Once she got a hold of it she sold it within a month, but let me tell you, finding her was NOT easy!  I sent out to about 30 different agents.  I got rejected a lot, obviously.  It’s hard at times to keep up hope when you keep getting rejections in the mail, however, I remember thinking, that’s ok, a rejection means I’m in the game.  At least I’m in the game.

6.      What can we expect from you in the future?
Well, I have two projects that I am currently working on.  One is a middle grade adventure novel based at Fort Ticonderoga and follows Valore(The Snore)Arbuckle, her dog, Petty Officer Boone, and her playground bully, Melanie Burckram, as they embark on a search for a lost revolutionary war treasure.

The other is a YA that is about a girl name Heather Burn who is invited to attend a future leaders conference in Crete, Greece. Shortly after she arrives the whole place is taken hostage, and she comes to understand that the conference isn’t exactly what it seems.

With any luck, these will eventually sell and I’ll have another title in the docket, but until then, I am just having a good time with the characters and the adventure. 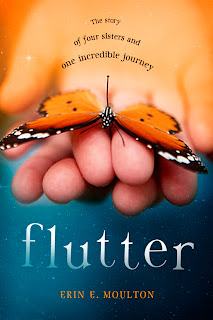 To be eligible to win, just fill out the rafflecopter form below. U.S. only, please.
This giveaway will end on July 17th.
Best of luck to you all!


a Rafflecopter giveaway
Posted by Laurisa White Reyes at 5:00 PM