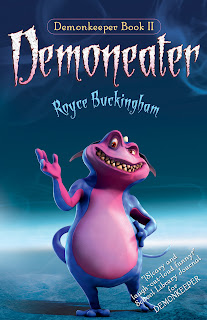 
Seattle’s demons are scared and wreaking havoc in the rainy city. They’ve burned their way through the Seattle underground, threatened to topple the Space Needle, and sent a twenty foot statue rampaging downtown.

It’s up to Nathaniel Grimlock, the teenage Demonkeeper, to control them, but when he discovers what’s stirring them up—a legendary monster known as the Demoneater—he finds that he’s in over his head yet again!


This cute series is perfect for kids of all ages. Author Royce Buckingham visits with us today to share a little about how it came to be. Be sure to enter the giveaway for the first book in the series below!

1. Tell us about the Demonkeeper series in one sentence.

A teenage boy in Seattle manages a houseful of wacky and dangerous demons to make sure they don't escape and wreak havoc on the world.


2. What inspired you to write these stories?

Demon Keeper began as a short story I wrote inspired by a kid I prosecuted regularly in juvenile court.  He had a green Mohawk, and I’d see him downtown begging change.  He was thirteen.  Then one day he disappeared.  I don’t know what happened to him, but he was living on the streets, so nobody seemed to care.  I imagined the chaos of those streets as a monster that simply rose and ate him up, as it does with so many kids.  Demon Keeper is more lighthearted than that short story I wrote years ago, but its message remains the same.  Kids need stability, family, and a home where they can learn to swim through the chaos of this crazy world before they are thrown into it. 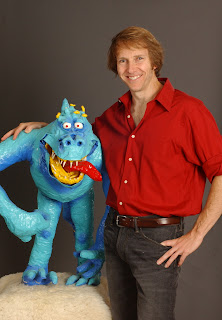 3. What books did you read when you were young and how have they influenced your writing?

I was fascinated by fantastic tales such as 20,000 Leagues Under the Sea, The Phantom Tollbooth and The Mouse and the Motorcycle. As I grew older, I moved on to The Hobbit, Conan the Barbarian and anything Stephen King.  I collected comic books too.  Movies were a big event in my small town. I saw Jaws at the theater the day it opened in 1975. I was nine years old. I stood in the sold-out line again in 1977 for Star Wars when I was eleven, and again for Alien when I was thirteen. Around twelve, I discovered the fantasy role-playing game Dungeons & Dragons and began to create my own fantasy worlds.

4. Share a little about your road to publication.
When I started working at the Prosecuting Attorney’s office in Bellingham, WA in 1993, I sat down and wrote a novel.  It took a year, and I couldn’t sell it.  I was discouraged, but I put it in the drawer and kept writing. During this time I handled everything from gum theft to murder at the Prosecutor’s office.
Then Demonkeeper happened.

Demonkeeper was a screenplay I wrote about juvenile delinquents getting eaten by monsters.  It began to win competitions, and, by 1999, I was writing books and scripts and sending my work to L.A..  For the next five years, I wrote hard and tried to sell something.

But as excited as I got about my amateur success, I couldn’t quite break in.  In the meantime, I had two boys and my wife was working full-time.  I had to write at night, typically until two a.m., unless I was preparing for jury trials. 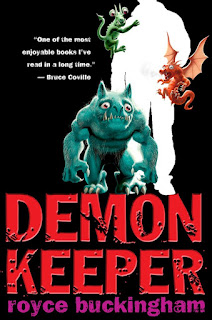 As good as the signs were for my writing, the fact was: I wasn’t breaking through, I wasn’t making any money at it, and I’d been doing it over ten years.  It was tough to justify the commitment.
In 2004, with all of my other obligations weighing on me, I resolved to quit writing seriously.  That same week, Microsoft e-mailed me.  They wanted to hire a screenwriter to create an original story for an Xbox video game.  I was floored.  This was not what I had planned, but it was an opportunity to write a fantasy story for a real audience for real money.  My amazing wife took one look at my secure, well-paying government job and told me…“go for it.”  Completely contrary to everything I’d ever been taught, I quit my attorney job and “went for it.”  A few months later, Microsoft cancelled the project, and I came crawling back to the prosecutor’s office to beg for my day job back.

This time I felt I was truly done with writing.  I shut off the computer and returned to my stabbings and shootings.  At least, I thought, I’d given my dream of being a writer a shot.  On my deathbed, I could say that I tried.

Then one day a Hollywood producer called me.  He’d read my Demonkeeper script.  He loved it.  I mentioned that I had also written it into a novel.  The response was surprise and delight.  In late 2005, they took Demonkeeper to Penguin Publishers, and they bought it.

Shortly thereafter, 20th Century Fox called.  They wanted to read the novel.  They made a mid-six-figure offer the next day.

I spent a week pinching myself each morning to make sure I wasn’t dreaming.  After thirteen years of writing, I had suddenly sold a novel and a screenplay almost simultaneously.  And that hasn’t been the end of it.  Demonkeeper is now in ten countries and a bestseller in Germany.  I am currently writing my eighth book. 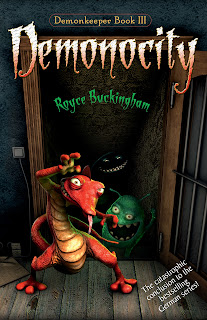 I work 32 hours a week as a lawyer and have two boys, 11 and 8. My wife also works. Thus, I write in the morning for one half hour, at lunch for an hour, at night for an hour, a full day Friday, and as much as possible on weekends.

A lot! THE DEAD BOYS is out right now alongside the DEMONKEEPER series. It is a Junior Library Guild selection and on several reading lists.

I have two books coming with Saint Martin’s Press. One is a YA about terminally ill teens that are recruited for dangerous spy missions so that they can die jumping out of planes and fighting bad guys instead of lying in hospital beds—very cool story called THE TERMINALS (2013).

I also have a two book deal with Random House in Germany. I just completed MAPPER 1 for them, which is a 500 page medieval fantasy about a boy who, when he draws on an ancient map, makes new lands appear. MAPPER 1 will be offered to U.S. publishers soon, and I’m writing MAPPER 2 for R.H. now. It’s a very exciting time.

The publisher is providing a copy of DEMONEKEEPER, the first book in the series, to one lucky reader! Yea! To be eligible to win, just fill out the rafflecopter below.
The giveaway will end on September 3rd.