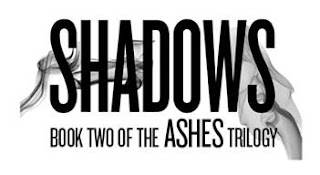 I am so thrilled to be a part of the SHADOWS book tour! The first book in the trilogy, ASHES, was one of the best books I've read this year. (Read my review of ASHES HERE.) Today I have something really special for you -- author Ilsa J. Bick joins us for a personal interview. Also, I am hosting a giveaway - one very lucky reader will receive a copy of both ASHES & SHADOWS! My treat! So without further ado...I introduce to you Ilsa J. Bick and SHADOWS... 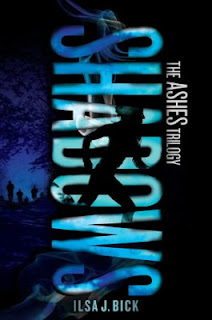 Even before the EMPs brought down the world, Alex was on the run from the demons of her past and the monster living in her head. After the world was gone, she believed Rule could be a sanctuary for her and those she’d come to love.

But she was wrong

Now Alex is in the fight of her life against the adults, who would use her, the survivors, who don’t trust her, and the Changed, who would eat her alive.

Welcome to Shadows, the second book in the haunting apocalyptic Ashes Trilogy: where no one is safe and humans may be the worst of the monsters.

1. Why did you choose to write about zombies?

Well, I really didn’t choose to write about zombies, if you think about it.  I didn’t have any interest in writing about zombies because many zombies are this kind of brainless, unknowable, anonymous threat.  What I wanted to write about was what might happen to a section of the population whose brains were altered in a way that made them very dangerous, gave them a taste for human flesh (and an inability to change that behavior), and then allow them to grow into their own.

My Changed are not zombies.  They are kids whose brains have gotten a good whack: a massive trauma.  And they are not static; they evolve.  Some stay very feral and wild, but some are very smart and develop their own ways of doing things. 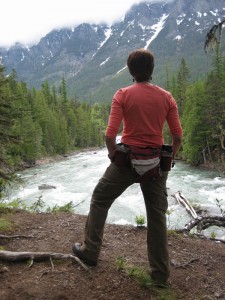 2.  The ending of book ASHES was a true cliffhanger. In book SHADOWS, how do you satisfy readers' insatiable need to know what happens next?

Oh, gosh, I don’t know. I just went on with the story.  One thing I do, though, that is very different in SHADOWS is I open the thing up a lot: multiple POVs, multiple storylines.  I know that’s upsetting to some people who only want to follow Alex, but this is a big story about more than just her.  This is about the world and what happens to people after a catastrophe.  So, at the risk of pissing people off, I did it, and for a purpose; it was one of the reasons I chose to tell ASHES in the third-person POV, which is kind of unusual for a lot of YA.  Much YA tends to be first-person, and I understand why: it’s easier to get into the character and, sometimes, to follow the story.  But for this kind of story where everyone changes and has secrets, third person POV is crucial.  It gives me the latitude to create a bigger story, explore motivations, find new secrets.  Frequently, you—the reader—know way more about what’s going on than the characters, and that’s deliberate, too.

And, frankly: I also like to think that readers are very smart people who are capable of integrating and following multiple points of view.

So, do I satisfy people’s need to know?  Sure, but I also hope that I create more things for them to wonder and think about, and don’t give easy answers because every character here has a mindset, an agenda and a unique point of view.  As I’ve pointed out before, a lot of the monsters in this world aren’t the people-eaters.

3.  What books did you read when you were younger, and did they have any influence on your writing?
I was an omnivore, read everything my parents had---classics and popular stuff--and then hung in libraries a lot after school because both parents worked and we lived far away, in the sticks.  The greatest gift my folks ever got me was a subscription to the Young Readers’ Book of the Month Club.  Read a ton of those.  As I got older, though, I gravitated to sf.  I guess that was the YA lit of my day, so I’d say that books like A Wrinkle in Time, Dune, Childhood’s End . . . those were all important, and there are far too many books to list that I’ve read and which were all wonderful I don’t have favorites per se, just as I don’t have a favorite author.  Frankly, the person who’s telling me a thumping good story at the moment?  That’s my favorite author—until I find my next.

4.  Ashes and Shadows are part of a trilogy. When can we expect book 3, and what do you have planned after that?

Well, I guess what you can expect in MONSTERS (fall, 2013) is that things will get worse and more complicated—more ambiguous, for sure—and the choices will become even harder because you can’t take anything for granted here.  On the other hand, things will also resolve (and not).  Someone must die, too.

After this, I’ve got another YA contemporary coming out (THE SIN-EATER’S CONFESSION) in March, 2013 from Carolrhoda Lab; and then through Egmont USA, WHITE SPACE, the first in a new two-book DARK PASSAGES series, in 2014.  And, right now, I’m also in the middle of developing a new trilogy and toying with a standalone.  So I’m busy ;-)


I am giving away both ASHES and SHADOWS to one lucky reader because I just love these books so much. And to make sure everyone has a chance to enter, the giveaway will run for three weeks instead of my usual two. To enter, just fill out the rafflecopter form below. U.S. only please.

Giveaway will end on November 14th!

a Rafflecopter giveaway
Posted by Laurisa White Reyes at 12:01 AM