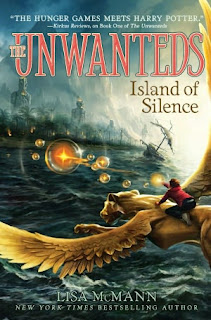 
Following the life-altering events at the conclusion of The Unwanteds, the stark world of Quill and the magical haven of ArtimÉ are now home to whoever wants to live there, whether they are Wanteds, Unwanteds, or Necessaries.

In ArtimÉ, Alex Stowe and his friends continue to hone their artistic magical spells while welcoming newcomers, wondering how long this peace between Quill and ArtimÉ will last. Alex is stunned when Mr. Today comes to him with a very special request—one Alex questions his readiness for, until circumstances offer a dramatic answer.


I had the privilege of meeting Lisa at a recent Bridge To Books author event in Pasadena, CA where she and three other authors introduced their newest releases. Lisa, who is best known for her young adult novels (The Wake Trilogy, Cryer's Cross, Dear Bully), talked about the second book in her middle grade fantasy series THE UNWANTEDS. After hearing her tell about this fantasical world where children with artistic talented are sent to their deaths, I just knew I had to tell all of you about it.  And to make this even more fun, I have a signed copy of THE UNWANTEDS (Book I) to give away! In the meantime, enjoy Lisa's interview below. 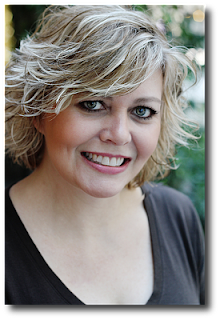 1.  Tell us about The Unwanteds (the series) and in particular, your new book The Unwanteds: Island of Silence.

The Unwanteds series is about two worlds--and two brothers--at odds with each other. Quill is a stark land where the government has declared that children who are caught being creative are Unwanted, and they are sent to their deaths. Artimé is a magical world created secretly to save these Unwanted children, train them to use their art as magic, and also as weapons in case they are ever discovered. The series follows twin brothers, Alex and Aaron Stowe. Aaron is Wanted, so he stays in Quill to learn how to be a future leader. But Alex is Unwanted, and he is sent to his death, thus ending up in Artimé. Artimé is exposed, and there is a tremendous battle.

In book 2, Island of Silence, the rivalry between Wanteds and Unwanteds grows increasingly sharper and the brothers--each dealing with wildly difficult challenges in their individual worlds--strive for very opposite goals, and one brother manages to do something unthinkable.

2.  What was the inspiration for these books?

I was inspired by my kids, actually. About six years ago, they came home from school with a letter that said that some of the arts programs at school would be cut because of budget problems--something that's becoming all too common these days. I was sad when I read it, knowing my kids really liked school in part because of these classes. I told them how sorry I was, and off the cuff I added, "It kind of feels like you're being punished for being creative, doesn't it?" And then I said, "Wait a minute. What if there really was a world where children were punished for being creative?" And my son, who was twelve, said, "Not just punished--sent to their deaths!" And that was how it all began.

3.  You are best known as a young adult author. What made you decide to write middle grade fantasy?

Because I was inspired by this thing that happened with my kids, who were 12 and nine at the time, I wanted the book to be for them, and the story really fit well with 13-year-old characters. As for turning it into fantasy...well, I realized after I wrote the first chapter that if these Unwanteds really did die, it would be a rather short book. So I had to save them, and somehow magic crept into the story in a very exciting way.

4.  What books did you enjoy reading when you were younger and how did they influence you as a writer?

I loved Charlie and the Chocolate Factory, Charlotte's Web, The Wizard of Oz, the Narnia books...stuff like that, where real children are brought into a fantasy setting. That definitely influences the way I write today, whether I'm writing paranormal or fantasy. The Unwanteds has a lovely blurb on the cover from Kirkus Reviews that says, "The Hunger Games Meets Harry Potter," which is totally my dream blurb, but the actual influences for The Unwanteds series were the Narnia books and The Giver by Lois Lowry.

More Unwanteds books! There will be seven in all, with book 3 coming summer/fall-ish 2013. Also, I'm writing the third book in the time travel Infinity Ring series for middle grade, which will be out Feb 5, 2013.  And for teens, my new paranormal VISIONS series begins January 8, 2013 with CRASH, about a girl named Jules who sees a recurring vision of a truck hitting a building and exploding, then nine body bags in the snow. Very exciting and busy year ahead!

I have a copy of the first book in THE UNWANTEDS series to giveaway to one lucky reader!
And it is SIGNED BY THE AUTHOR! Whoo hoo!

To be eligible for the giveaway, please fill out the rafflecopter below. U.S. entries only, please.

The giveaway will end on October 22nd.

a Rafflecopter giveaway
Posted by Laurisa White Reyes at 6:05 PM