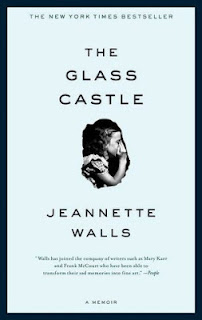 Millions of readers have been transformed by Jeannette Walls’s award-winning memoir of resilience amid a deeply dysfunctional childhood. When sober, Jeannette’s brilliant and charismatic father captured his children’s imagination, teaching them physics, geology, and how to embrace life fearlessly. But when he drank, he was dishonest and destructive. Her mother was a free spirit who abhorred the idea of domesticity and didn’t want to responsibility of raising a family.

The Walls children learned to take care of themselves. They fed, clothed, and protected one another, and eventually found their way to New York. Their parents followed them, choosing to be homeless even as their children prospered. The Glass Castle is truly astonishing and poised to stand the test of time.

Nominated for the 2006 Books for a Better Life Award

I rarely read non-fiction. I don't know why, because when I do read it, I almost always like it. I read two memoirs earlier this year and enjoyed them both. The Glass Castle was no different. The stories Walls tells of her eccentric parents and impoverished, neglected childhood were almost too bizarre to be believed. But I did believe them and found myself completely drawn into her world.

What I found most intriguing was how the author and two of her siblings turned out to be so normal as adults despite their backward upbringing. Her father, a major character throughout the story, was both detestable and likable at the same time. Also, her mother deserved both pity and condemnation. I don't know what else I can say except to read it for yourself. You know the adage "truth is stranger than fiction." Well, The Glass Wall most definitely is stranger than any fiction I've ever read. A quick and compelling read, I give The Glass Wall an enthusiastic: