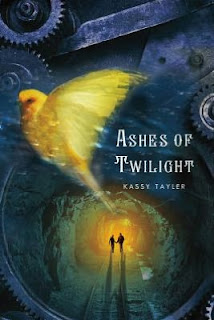 Wren MacAvoy works as a coal miner for a domed city that was constructed in the mid-nineteenth century to protect the royal blood line of England when astronomers spotted a comet on a collision course with Earth. Humanity would be saved by the most groundbreaking technology of the time. But after nearly 200 years of life beneath the dome, society has become complacent and the coal is running out.  Plus there are those who wonder, is there life outside the dome or is the world still consumed by fire? When one of Wren's friends escapes the confines of the dome, he is burned alive and put on display as a warning to those seeking to disrupt the dome’s way of life. But Alex’s final words are haunting. “The sky is blue.”

What happens next is a whirlwind of adventure, romance, conspiracy and the struggle to stay alive in a world where nothing is as it seems. Wren unwittingly becomes a catalyst for a revolution that destroys the dome and the only way to survive might be to embrace what the entire society has feared their entire existence.

ASHES OF TWILIGHT hits the shelves on November 13th. You can pre-order it below and/or enter to win a copy by filling out the rafflecopter form. In the meantime, enjoy the following interview with the author, Kassy Tayler. (By the way, she also writes historical westerns under the name Cindy Holby. To read more click HERE.) 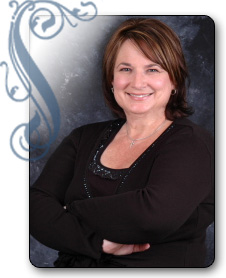 1.  Tell us about The Ashes of Twilight in one sentence.

Ashes Of Twilight is a dystopian steam-punk about a teen girl who is a coal miner for a domed city set on the coast of Wales 150 years in the future.

A combination of an original Star Trek episode I saw when I was a teenager and a coal mining catastrophe in WV.  I lost an Uncle in a coal mining accident so it really struck home.

3.  What books did you enjoy reading when you were younger and how have they influenced you as a writer?

I read everything that featured a horse such as the Black Stallion books.  I also read all the classics.  I always loved Little Women and wanted to be like Jo.  I also loved the adventure of Tom Sawyer and Huckleberry Finn.

I've been in publishing for ten years.  My first manuscript was brought by the first publisher I sent it too.  I've written for three different publishers and in more genre's than I can count as I also write under my real name, Cindy Holby and as Colby Hodge.  I seem to have a voice for YA and my writing historicals and sci/fi made steam punk a natural for me.  My career has had its up and downs in the past ten years with the recent shake up with the impact of digital and self publishing but I am very happy where I finally landed and hope to only look up from here on.  Ashes Of Twilight is my 19th book.

Two more books in the Ashes story, Shadows Of Glass followed by Remnants of Tomorrow.  I also have a western historical series out called Angels End.  I'm hoping to have the fourth book in my Sci/fi Oasis series, Zander out next year also and a new YA steampunk series about a sharp shooter with the Buffalo Bill Wild West show.

The author has provided a copy of ASHES OF TWILIGHT as a giveaway to one lucky reader. To be eligible to win, please fill out the rafflecopter form below. U.S. entries only, please.
This giveaway will end on November 20th


a Rafflecopter giveaway
Posted by Laurisa White Reyes at 5:37 PM