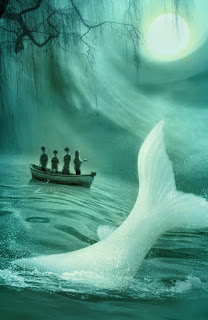 
Sawyer’s family runs a catfish farm in rural Mississippi. When his widowed mom gets sick after a pond “cat” swallows her wedding ring, Sawyer is sure the missing ring is to blame. Strange clues and a local myth convince him that the pond cat has become a meal for a far more challenging catch. He sets out with two friends and his stowaway little sister to solve the secret of the ring.

Journeying deep into a remote bayou, the foursome must rely on their wits and each other to navigate the teeming swamp, outsmart a sneaky poacher, and overcome their differences in pursuit of a colossal catfish. But this is no ordinary fish. This is Ol’ One Eye — the biggest, oldest, smartest, and meanest darn cat that ever swam the Yazoo River! And before long, the adventurers aren’t sure who is chasing who.

FISHTALE'S two authors, Hans Bauer and Catherine Masciola, stop by for an interview today and they have a signed copy of their book to giveaway. So be sure to check the details of how to win at the end of this post. 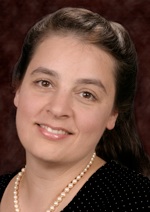 Describe Fishtale in one sentence.

Catherine: Fishtale is an adventure, a guest, a coming of age tale, and a rollicking good yarn.

Hans: FISHTALE weaves the tale of four kids and their epic encounter with a titantic catfish on the Mississippi Delta.

When did you decide to become an author?

Catherine: I was stargazing on Hurricane Ridge in Olympic National Park, watching a spectacular display of Northern Lights, and I realized I was the only human for miles around. I wanted to share with other people my passion for the night sky and and my concern about encroaching city lights that outshine the stars. My first foray into authorship was non-fiction. 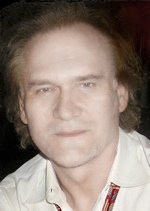 What inspired you to write this story?

Hans: I've always had a fascination with gigantism in the natural world. While watching King Kong as a child, I mistakenly thought that the great ape was batting a giant snake. Upon subsequent viewings, I realized that Kong was battling a giant lizard -- a better print of the old film revealed the creature's stumpy legs. But the hook had been set, and resulted in the movie Anaconda. Then, late one night, fishing in a rowboat  on the Guadalupe River, deep in the Texas Hill Country, while listening to a dim, crackly radio, I heard a news story about a giant catfish in Southeast Asia preying on villagers and their pets. And so the idea came to me for a children's story about a giant catfish, the biggest of them all.

Catherine: Hans showed me an unproduced screenplay, his story called Fishtale, and asked me if I would be interested in developing it into a book. I fell in love with the story, and knew it would make a wonderful novel. Woven into the action-packed quest is a coming of age story with a lot of heart.

What are some of your favorite books, and what are you reading now?

Hans: Masters of Atlantis and The Berrybender Chronicles were beyond wonderful. For non-fiction, I highly recommend Monster of God and Song of the Dodo, anything by the astounding David Quammen.

Catherine: I love to read true stories about real people. Batavia's Graveyard, anything by Mike Dash. A World Lit Only by Fire, anything by William Manchester. Anything by Walter Isaacson. I have a big crush on Bill Bryson. I just read William Shatner's autobiography Up Till Now. What a hoot! (Yeah, I'm a big Sci-Fi geek.)  I love good stories of all kinds. Historical fiction: A year of Wonders, Geraldine Brooks; The Red Tent, Anita Daimant; Mario Puzo, Margaret Mitchell. Favorite middle-grade authors: Pat Walsh (Crowfield series), Brian Selznick (The Invention of Hugo Cabaret), Cornelia Funke (Inkheart); Susan Cooper, Avi. My favorite novel from childhood is A Wrinkle in Time.

Hans: I had been making my living as a screenwriter for years, but I knew little about the publishing business, and had never written prose. I always said, I was story teller, not a writer. And, in a film, the storytelling is shared by the writer, director, actors, cinematographers, set decorators, locations, costumes, special effects, and so on. As an author, you have only yourself and your words. So at first, it was pretty daunting. Was I even capable of writing a novel? Would I ever find an agent? A publisher? An audience? But by the time we put the finishing touches on the last draft, I had finished a second book and several short stories. So I guess I can no longer use that line, about not being a writer.

Catherine: My background was in technical writing -- amateur astronomy and business -- so I was used to the wordsmithing and craftsmanship of good writing. Fishtale gave me the opportunity to become a story teller. Also, during this time, on a whim, I took up drawing, and discovered quite unexpectedly that I could draw. So I had a parallel journey as both a debut fiction author and a debut illustrator. The drawings were daunting, to say the least. I was trying to communicate in a language that I barely understood. In the beginning, with each drawing I approached, I had no idea if I could make it work. And often, it took many hours to see if it would in fact work. So it was very challenging, one of the most challenging experiences of my life. Many times I thought I just couldn't do it; it was too hard. But I didn't want give up. By the end, I no longer had to worry through all those hours whether my idea work. By then, I had learned what would work and what wouldn't. Still, when I completed the drawings, no one was more surprised than I was!  So Fishtale has been as much of an adventure for the authors as it has been for the characters.

Catherine and Hans: We both have new projects underway... stay tuned!

The authors are providing a signed copy of FISHTALE to one lucky reader!  Just fill out the rafflecopter form below to be eligible to win. U.S. addresses only, please.
This giveaway will end on December 16th.
a Rafflecopter giveaway
Posted by Laurisa White Reyes at 6:00 PM