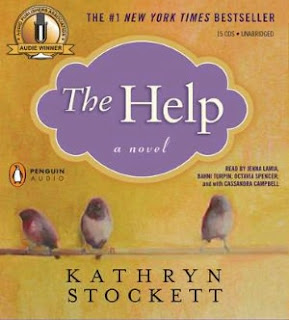 Twenty-two-year-old Skeeter has just returned home after graduating from Ole Miss. She may have a degree, but it is 1962, Mississippi, and her mother will not be happy till Skeeter has a ring on her finger. Skeeter would normally find solace with her beloved maid Constantine, the woman who raised her, but Constantine has disappeared and no one will tell Skeeter where she has gone.

Aibileen is a black maid, a wise, regal woman raising her seventeenth white child. Something has shifted inside her after the loss of her own son, who died while his bosses looked the other way. She is devoted to the little girl she looks after, though she knows both their hearts may be broken.

Minny, Aibileen's best friend, is short, fat, and perhaps the sassiest woman in Mississippi. She can cook like nobody's business, but she can't mind her tongue, so she's lost yet another job. Minny finally finds a position working for someone too new to town to know her reputation. But her new boss has secrets of her own.

Seemingly as different from one another as can be, these women will nonetheless come together for a clandestine project that will put them all at risk. And why? Because they are suffocating within the lines that define their town and their times. And sometimes lines are made to be crossed.

In pitch-perfect voices, Kathryn Stockett creates three extraordinary women whose determination to start a movement of their own forever changes a town, and the way women-mothers, daughters, caregivers, friends-view one another. A deeply moving novel filled with poignancy, humor, and hope, The Help is a timeless and universal story about the lines we abide by, and the ones we don't.

Why did I wait so long to read this? Well, actually I listened to it in my car, and it blew me away. The story of Skeeter, a white 20 something woman in 1963 Jackson, Mississippi and two "colored" maids, Aibiline and Minnie, is touching, heart-breaking and hilariously funny all at the same time.

The story is told from each of the three women's points of view. In the audio version, each POV has its own narrator. They were stunning. Talented. Right on the money as far as voices and accents and personalities go. I was so drawn into this story I found myself looking for reasons to drive around town just so I could listen to it.

Almost everyone has heard about The Help by now, either by reading the book or watching the movie, so I won't bother telling you about the story. I will just say that this is one of the most remarkable stories I've ever read or listened to. I enjoyed it so much I went out and bought the book AND the movie just so I'd have them. I would gladly read it again and again.
There are a handful of bad words, and one scene involving a naked man who handles himself. Other adult issues are discussed such as spousal abuse, racism, pre-marital sex (though no sex actually occurs within the story itself) and substance abuse. But I will say that these topics are handled with sensitivity.

All in all, The Help deserves a whopping 5 stars!