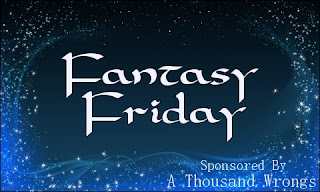 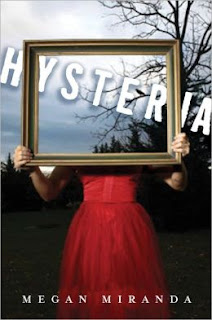 Mallory killed her boyfriend, Brian. She can't remember the details of that night but everyone knows it was self-defense, so she isn't charged. But Mallory still feels Brian's presence in her life. Is it all in her head? Or is it something more? In desperate need of a fresh start, Mallory is sent to Monroe, a fancy prep school where no one knows her . . . or anything about her past. But the feeling follows her, as do her secrets. Then, one of her new classmates turns up dead. As suspicion falls on Mallory, she must find a way to remember the details of both deadly nights so she can prove her innocence-to herself and others.

In another riveting tale of life and death, Megan Miranda's masterful storytelling brings readers along for a ride to the edge of sanity and back again.

I love a good thriller. But a thriller, murder mystery, supernatural, romance? I honestly could NOT put HYSTERIA down. Miranda's novel FRACTURE (read my review of FRACTURE HERE) was a stunning debut, so I had high expectations for this one. HYSTERIA exceeded my expectations.

Mallory's intermittent memories of the night she killed her boyfriend and the all too real bruises left behind by his ghost nearly push her over the edge. Add to that being stalked by her boyfriend's mother and attending school with several not-so-nice students with some seriously deadly secrets and the stage is set for a gripping thrill ride of a story.

If you'd like to read my interview with Megan Miranda, go HERE.  In the meantime, be sure to catch the book trailer (above) and Megan's introduction of HYSTERIA (below.)