I've been talking about my sister-in-law's book, THE EMERALD RING, released just a couple of weeks ago with Cedar Fort Publishing. Today I'm pleased to be a host in her blog tour. Below is an interview with author Dorine White and a chance to win either a copy of the book or a genuine emerald ring!!! 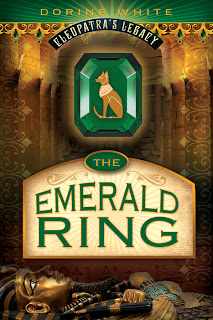 Summary of THE EMERALD RING:
Sara Bogus's life turns upside down when she discovers an emerald ring that once belonged to Cleopatra. The fun of discovering the ring's unique abilities turns to fear when she finds out a dangerous cult bent on restoring Rome to power is after the ring. Forced to choose between keeping the ring and saving her friends, Sara learns the price of bravery in this electrifying read!


1.  Describe The Emerald Ring in one sentence. Oh, this question is so hard! 12-year-old Sara Bogus finds an emerald ring with magic powers that once belonged to Cleopatra, but there is a murderous cult after the ring, and they will stop at nothing to get it.

2.  What inspired you to write a story involving Cleopatra and ancient Egypt? I love ancient cultures and wanted to include my love for fantasy too. Cleopatra and Egypt are such amazing subjects, my imagination was filled with ideas. Her own life was powerful, yet tragic, great writing fodder.

3.  You are an avid reader of fantasy books. Do you have any favorites? 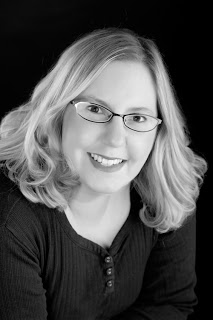 I don't really have favorites like I used to. I read so much. I love Harry Potter, Rick Riordan, and my old faves, Margret Weis and Tracy Hickman, and Anne McCaffery.

4.  Share a little about your road to publication. It was a bumpy, long road. I've been writing for the last 9 years. This is my third manuscript. If you thought the writing was difficult, wait until you try to get published. I tried agents for over a year, but got rejections. I tried editors for another year, they loved it, but passed. When I'd finally given up, is when the contract came my way :)

5.  The Emerald Ring is book one in a series. Can you give us a glimpse of book 2? Yes! It is called, The Ruby Pendant. Here is the blurb. You can also read the first chapter on my website here- http://www.dorinewhite.com/sneak-peek/

Welcome to New Orleans- home of Mardi Gras, jazz music and voodoo. Eighth grader Melanie Belaforte is home for Spring break and itching for excitement. Late one night she discovers a hidden chamber and a secret journal in her deceased Aunt Florence’s bedroom.

The diary contains the writings of a mad woman, along with vague clues about the whereabouts of a ruby necklace that once belonged to Cleopatra. The ruby bestows upon the wearer the power to hear other people’s thoughts- even the thoughts of the dead!

And so the hunt begins. Melanie, her best friend Sybil, and a haunting specter unravel clues that take them from crumbling graveyards, to the busy streets of the French Quarter, and then into murky swamps, all to find the prize. But they need to watch out, because a murderous cult is matching them step for step, and they won’t give up, ever﻿.

6.  What is your average writing day like? I try to get my blog and social media sharing in the mornings. I tend to write in the late afternoons after I've had a nap, or thought about the book during the morning. I don't write everyday. I am too random, but I do write for long stretches at a time.