Welcome to DAY 2 of the
2nd ANNUAL SUPER SWAG SUNDAY!!! 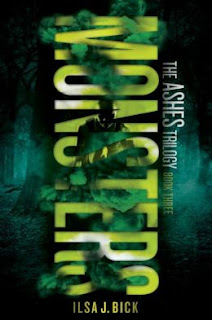 
The Changed are on the move. The Spared are out of time. The End...is now.
When her parents died, Alex thought things couldn't get much worse—until the doctors found the monster in her head.

She headed into the wilderness as a good-bye, to leave everything behind. But then the end of the world happened, and Alex took the first step down a treacherous road of betrayal and terror and death.

Now, with no hope of rescue—on the brink of starvation in a winter that just won't quit—she discovers a new and horrifying truth.

The Change isn't over.

The Changed are still evolving.

With this final volume of The Ashes Trilogy, Ilsa J. Bick delivers a riveting, blockbuster finish, returning readers to a brutal, post-apocalyptic world where no one is safe and hope is in short supply.
A world where, from these ashes, the monsters may rise.

*Read my review of ASHES (The Ashes Trilogy Book I)

THE KEY AND THE FLAME 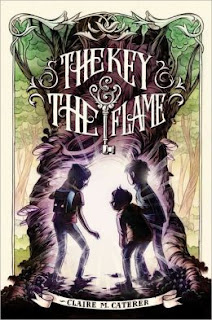 In this middle-grade fantasy adventure, a gusty girl unlocks a magical universe—and the danger that lies within.

Eleven-year-old Holly Shepard longs for adventure, some escape from her humdrum life. That is precisely what she gets when she is given an old iron key that unlocks a door—in a tree.
Holly crosses the threshold into a stunning and magical medieval world, Anglielle. And as she does so, something unlocks within Holly: a primal, powerful magic. Holly is joined on her journey by two tagalongs—her younger brother Ben, and Everett, an English boy who hungers after Holly’s newfound magic and carries a few secrets of his own.When Ben and Everett are sentenced to death by the royals, whose fear of magic has fueled a violent, systemic slaughter of all enchanted creatures, Holly must save them and find a way back home. But will she be able to muster the courage and rise above her ordinary past to become an extraordinary hero?

"The book’s pace is sprightly, and Holly’s adventures are exciting without being too scary." - Publisher's Weekly

Order The Key & the Flame 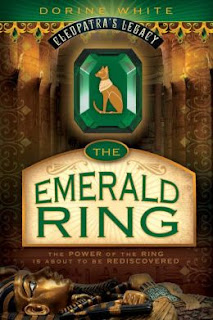 Sara Bogus's life turns upside down when she discovers an emerald ring that once belonged to Cleopatra. The fun of discovering the ring's unique abilities turns to fear when she finds out a dangerous cult bent on restoring Rome to power is after the ring. Forced to choose between keeping the ring and saving her friends, Sara learns the price of bravery in this electrifying read!

*Read my review of THE EMERALD RING 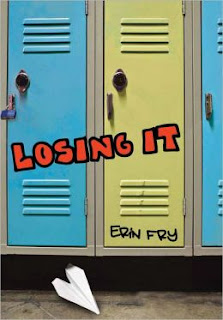 Bennett Robinson loves baseball, especially watching Dodgers games with his dad while munching on burgers and fries - the perfect “game food.” Baseball even helped Bennett and his dad cope with his mom’s death from cancer. But there’s no way Bennett could ever play baseball. Bennett is fat, the kind of fat that gives you belly button sweat stains and makes it tough to get off a sagging couch. But on one perfect, baseball-watching day, everything changes. Bennett’s dad is taken away on a stretcher, and Bennett doesn’t know if he will live or die. Now Bennett has to move in with know-it-all Aunt Laura, who’s making it her personal mission to Get Bennett Healthy - and take over his life. It’s time for Bennett to step up to the plate. Because maybe there are some things he can do . . . like talk to a girl, run a mile, and maybe even save his own life. Erin Fry explores the issue of obesity with heart, depth, and humor in this unforgettable debut novel.

"Fry's purposive debut is reminiscent of Chris Crutcher's works, but for a younger audience. An energizing and ultimately uplifting tale of the power to change." - Kirkus Reviews 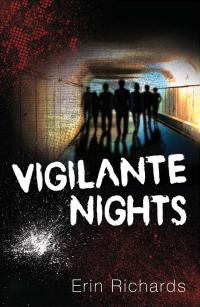 
A "\good boy\" will do anything for vengeance when a gang rite kills his twin sister. Will Lucas win, or follow his sister Silver into the darkness?

After a hideous car wreck, Lucas wakes from a coma to find that his world is gutted. Not only is his beloved twin sister, Silver, gone forever, but Lucas is broken in body and spirit. He will never be a college athlete, and is robbed of what he now realizes was the most important bond of his life. Although they weren't identical twins, Lucas and Silver shared a bond so fierce it defied reason, and was nearly supernatural.

After her death, that bond seems to endure when Lucas sees Silver everywhere he turns. Either he's crazy, or Silver is trying to tell him something about the California gang initiation they stumbled into that cost Silver her life. Lucas is bent on revenge, turning on Raymond, Silver's former boyfriend; the one Lucas never wanted her to date. He forms a posse of vigilantes to take out the gangsters responsible for Silver's death, but he risks not only his own life, but the love of the new girl on his block, who knows more about Lucas and Silver than can be accounted for by mere chance.

"This book grabs you from page one and doesn't ever let go!" --Georgia McBride, author of Praefatio 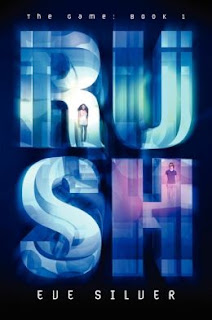 Rush pulls you headlong into the thrilling, high-stakes world of Eve Silver's teen series The Game, about teens pulled into and out of an alternate reality in which battling aliens is more than a game—it's life and death. This teen debut novel offers science fiction and gaming fans romantic thrills at a breakneck pace.

Seventeen-year-old Miki Jones's carefully controlled life spirals into chaos after she's run down in the street, left broken and bloody. She wakes up fully healed in a place called the lobby—pulled from her life, pulled through time and space into some kind of game in which she and a team of other teens are sent on missions to eliminate the Drau, terrifying and beautiful alien creatures.

There are no practice runs, no training, and no way out. Miki has only the guidance of secretive but maddeningly attractive team leader Jackson Tate, who says that the game is more than that, and that what Miki and her new teammates do now determines their survival and the survival of every other person on this planet. She laughs. He doesn't. And then the game takes a deadly and terrifying turn.

"Mind candy for those teen readers who love the thrill of the game." - Kirkus Reviews 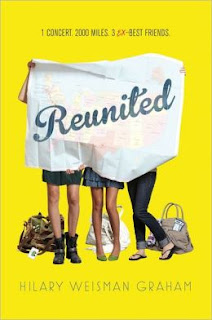 Alice, Summer, and Tiernan used to be best friends—as well as the self-proclaimed biggest fans of the band Level3. But when the band broke up, so did their friendship.

Now, four years later, they’ve just graduated from high school. When Level3 announces a one-time reunion show in Texas, Alice impulsively buys tickets and invites her two former friends along for the trip. Reluctant at first, both girls agree to go, each with her own ulterior motive. But old resentments and other roadblocks—from unintended detours to lost concert tickets—keep getting in the girls’ way. Will their friendship get an encore, or is the show really over?

"Fans of teen-targeted television and movies, as well as popular music fans, will also enjoy this book." - Voya 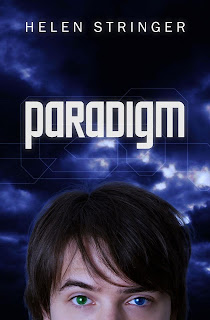 
The story begins one hundred years from now in a future in which nearly all today’s dire warnings have become reality, the America of Paradigm has been reduced to a few powerful city states and the vast Wilds where local strongmen battle for power over a scattered, impoverished people.

Sam Cooper was taken to the Wilds by his parents when he was five. He’s now seventeen and has been alone for six years, getting by through a combination of wit, gambling and barter. When his erstwhile friend, Nathan, suggests they try their luck in one of the city states, Sam is reluctant – his parents had warned him about such places. However, he eventually agrees to travel to Century City, setting into motion a chain of events in which he discovers who is really in control of this not so brave new world as well as the reason his parents tried to hide him as far away as they could. On the way he meets the mysterious Alma, a Maori warrior who repeatedly saves his life, but who has secrets of her own; Rob, a would-be revolutionary leading a small group of followers plotting global change from a small house among the rubble of San Francisco; and the deliciously psychotic Carolyn Bast.


a Rafflecopter giveaway
Posted by Laurisa White Reyes at 10:38 PM