*  Read about my Kickstarter campaign for my YA novel PETALS

Welcome to DAY 4 of the
2nd ANNUAL SUPER SWAG SUNDAY!!! 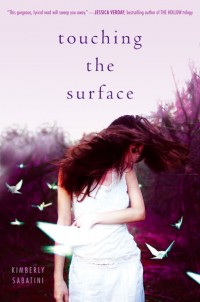 
When Elliot finds herself dead for the third time, she knows she must have messed up, big-time. She doesn’t remember how she landed in the afterlife again, but she knows this is her last chance to get things right.

Elliot just wants to move on, but first she will be forced to face her past and delve into the painful memories she’d rather keep buried. Memories of people she’s hurt, people she’s betrayed…and people she’s killed.

As she pieces together the secrets and mistakes of her past, Elliot must find a way to earn the forgiveness of the person she’s hurt most and reveal the truth about herself to the two boys she loves…even if it means losing them both forever.

“Soulful and inventive. A thoroughly original vision for what happens next.” —Daisy Whitney, author of The Mockingbirds 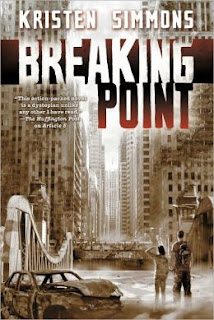 After faking their deaths to escape from prison in Article 5, Ember Miller and Chase Jennings have only one goal: to lay low until the Federal Bureau of Reformation forgets they ever existed.

Near-celebrities now for the increasingly sensationalized tales of their struggles with the government, Ember and Chase are recognized and taken in by the Resistance—an underground organization working to systematically take down the government. At headquarters, all eyes are on the sniper, an anonymous assassin taking out FBR soldiers one by one. Rumors are flying about the sniper's true identity, and Ember and Chase welcome the diversion….

Until the government posts its most-wanted list, and their number one suspect is Ember herself.
Orders are shoot to kill, and soldiers are cleared to fire on suspicion alone. Suddenly Ember can’t even step onto the street without fear of being recognized, and “laying low” is a joke. Even members of the Resistance are starting to look at her sideways.

With Chase urging her to run, Ember must decide: Go into hiding…or fight back?

“An adrenaline-pumping ride into a terrifying future. I have no nails left.” - Anne Greenwood Brown, author of Lies Beneath

Read my review of ARTICLE 5 HERE.
Read my interview with Kristen Simmons HERE. 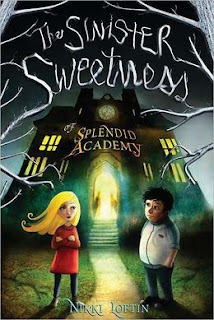 Spooky twists and soaring prose make this foodie update on Hansel and Gretel an unforgettable must-read.

Lorelei is bowled over by Splendid Academy—Principal Trapp encourages the students to run in the hallways, the classrooms are stocked with candy dishes, and the cafeteria serves lavish meals featuring all Lorelei's favorite foods. But the more time she spends at school, the more suspicious she becomes. Why are her classmates growing so chubby? And why do the teachers seem so sinister?

It's up to Lorelei and her new friend Andrew to figure out what secret this supposedly splendid school is hiding. What they discover chills their bones—and might even pick them clean!

Mix one part magic, one part mystery, and just a dash of Grimm, and you've got the recipe for a cozy-creepy read that kids will gobble up like candy.

"Loftin anchors her characters and creates a fantasy that feels simultaneously classic and new." - Publisher's Weekly 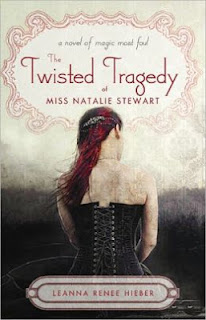 
I'm coming for you.

The whispers haunt her dreams and fill her waking hours with dread. Something odd is happening. Something...unnatural.

Possession of the living. Resurrection of the dead. And Natalie Stewart is caught right in the middle. Jonathon, the one person she thought she could trust, has become a double agent for the dark side. But he plays the part so well, Natalie has to wonder just how much he's really acting.

She can't even see what it is she's fighting. But the cost of losing her heart, her sanity...her soul.

"Readers...will enjoy not only the dark, supernatural mystery and then-daring romance but also the Victorian setting of elegant houses, beautiful gowns, and historical yet surprisingly contemporary New York City." - Booklist 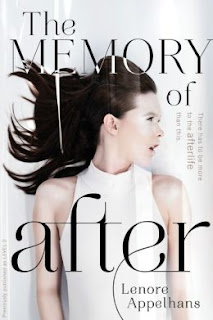 
Since her untimely death the day before her eighteenth birthday, Felicia Ward has been trapped in Level 2, a stark white afterlife located between our world and the next. Along with her fellow drones, Felicia passes the endless hours reliving memories of her time on Earth and mourning what she’s lost—family, friends, and Neil, the boy she loved.

Then a girl in a neighboring chamber is found dead, and nobody but Felicia recalls that she existed in the first place. When Julian—a dangerously charming guy Felicia knew in life—comes to offer Felicia a way out, Felicia learns the truth: If she joins the rebellion to overthrow the Morati, the angel guardians of Level 2, she can be with Neil again.

Suspended between Heaven and Earth, Felicia finds herself at the center of an age-old struggle between good and evil. As memories from her life come back to haunt her, and as the Morati hunt her down, Felicia will discover it’s not just her own redemption at stake… but the salvation of all mankind.

“Appelhans’ storytelling is well paced, tantalizing the reader with hints, and the compelling theme of the necessity of facing the wrongs of the past in order to move forward into the future will appeal to teens.”  - Booklist

Order The Memory of After (Memory Chronicles, The) 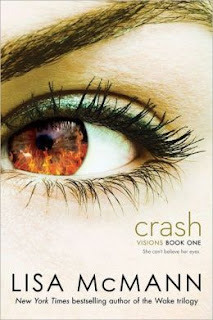 If what you see is what you get, Jules is in serious trouble. The suspenseful first of four books from the New York Times bestselling author of the Wake trilogy.

Jules lives with her family above their restaurant, which means she smells like pizza most of the time and drives their double-meatball-shaped food truck to school. It’s not a recipe for popularity, but she can handle that.

What she can’t handle is the recurring vision that haunts her. Over and over, Jules sees a careening truck hit a building and explode...and nine body bags in the snow.

The vision is everywhere—on billboards, television screens, windows—and she’s the only one who sees it. And the more she sees it, the more she sees. The vision is giving her clues, and soon Jules knows what she has to do. Because now she can see the face in one of the body bags, and it’s someone she knows. Someone she has been in love with for as long as she can remember.
In this riveting start to a gripping series from New York Times bestselling author Lisa McMann, Jules has to act—and act fast—to keep her vision from becoming reality.

"McMann is on her way to becoming the next queen of supernatural thrillers." - Kirkus Reviews 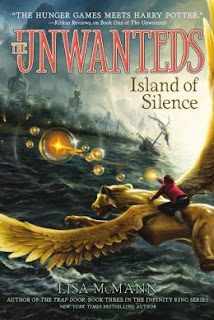 
Following the life-altering events at the conclusion of The Unwanteds, the stark world of Quill and the magical haven of Artimé are now home to whoever wants to live there, whether they are Wanteds, Unwanteds, or Necessaries.

In Artimé, Alex Stowe and his friends continue to hone their artistic magical spells while welcoming newcomers, wondering how long this peace between Quill and Artimé will last. Alex is stunned when Mr. Today comes to him with a very special request—one Alex questions his readiness for, until circumstances offer a dramatic answer.

"A cliffhanger ending with plenty of unsolved mysteries ensures the return of readers in the next installment." - Kirkus Reviews

Order Island of Silence (Unwanteds, The) 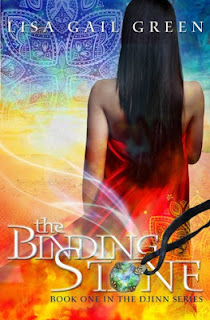 Tricked into slavery by the man she loved, the Djinni Leela has an eternity to regret her choices.

Awakened in the prison of her adolescent body, she finds a new master in possession of the opal that binds her. But seventeen-year-old Jered is unlike any she's seen. His kindness makes Leela yearn to trust again, to allow herself a glimmer of hope.

Could Jered be strong enough to free her from the curse of the Binding Stone?

"Genies like you've never seen them, THE BINDING STONE is a wild ride of treachery and deception. For my first wish, I'd like a sequel, please." - Lisa Desrochers, author of the PERSONAL DEMONS trilogy 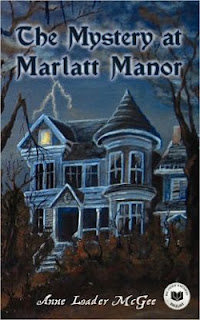 
When thirteen-year-old Mallory Gilmartin sees a light in the top window of the deserted mansion on Dark Hollow Hill, she is convinced it is connected to a young girl who mysteriously disappeared from there some fifty years earlier. Plagued by sudden nightmares and a voice that calls to her for help, Mallory must uncover the truth behind why someone seems so desperate to buy the worthless, old house. In a race against time, she is soon caught up in a devious plot involving the Marlatt family and their strange past.

Order The Mystery at Marlatt Manor 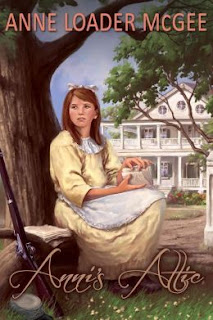 
In 1861, as the American Civil War escalates, eleven-year old Jennine is reluctantly taken by her father to live in Savannah, Georgia, with the twelve-year old cousin she despises- Annise Loreal Bouvoir.

While awaiting the return of her father from his covert Nothern military duties, Jennine and Annise soon find themselves caught up in the family's espionage and Underground Railroad activities. As Jennine comes to love and admire her independent and fearless cousin she also re-examines her arrogant attitude toward Negro slaves, in particular the handsome mulatto boy who works in the family's cotton plantation.

For more than three years, as the horror and deprivations of the war continue, the two cousins find comfort and joy in each other's company, and the mysterious treasures of a long-forgotten secret attic.


a Rafflecopter giveaway
Posted by Laurisa White Reyes at 10:00 PM