Welcome to DAY 6 of the
2nd ANNUAL SUPER SWAG SUNDAY!!! 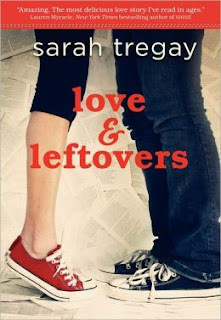 
My wish is to fall cranium over Converse in dizzy daydream-worthy love. If only it were that easy.

Marcie has been dragged away from home for the summer—from Idaho to a family summerhouse in New Hampshire. She’s left behind her friends, a group of freaks and geeks called the Leftovers, including her emo-rocker boyfriend, and her father.

By the time Labor Day rolls around, Marcie suspects this “summer vacation” has become permanent. She has to start at a new school, and there she leaves behind her Leftover status when a cute boy brings her breakfast and a new romance heats up. But understanding love, especially when you’ve watched your parents’ affections end, is elusive. What does it feel like, really? Can you even know it until you’ve lost it?

"It all feels realistic and makes for an interesting, attractive novel. A verse novel with real depth to accompany all that white space." - Kirkus Reviews

Order "[A] multilayered debut . . . what she [Córdova] does exceedingly well is capture an authentic 16-year-old male voice and viewpoint . . .the great title, killer jacket, and edgy portrayal of the mythical creatures should cast a wide readership net." - Booklist 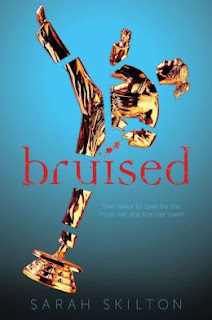 
When Imogen, a sixteen-year-old black belt in Tae Kwon Do, freezes during a holdup at a local diner, the gunman is shot and killed by the police, and she blames herself for his death. Before the shooting, she believed that her black belt made her stronger than everyone else—more responsible, more capable. But now that her sense of self has been challenged, she must rebuild her life, a process that includes redefining her relationship with her family and navigating first love with the boy who was at the diner with her during the shoot-out. With action, romance, and a complex heroine, Bruised introduces a vibrant new voice to the young adult world—full of dark humor and hard truths.

"Her story is compelling, and readers will stick with her as new insights bring about a believable shift in her behavior…This distinctive debut will be appreciated by fans of contemporary fiction."
—Kirkus Reviews 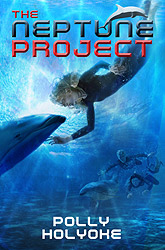 
Nere has never understood why she feels so much more comfortable and confident in water than on land, but everything falls into place when Nere learns that she is one of a group of kids who-unbeknownst to them-have been genetically altered to survive in the ocean. These products of "The Neptune Project" will be able to build a better future under the sea, safe from the barren country's famine, wars, and harsh laws.

But there are some very big problems: no one asked Nere if she wanted to be a science experiment, the other Neptune kids aren't exactly the friendliest bunch, and in order to reach the safe haven of the Neptune colony, Nere and her fellow mutates must swim through hundreds of miles of dangerous waters, relying only on their wits, dolphins, and each other to evade terrifying undersea creatures and a government that will stop at nothing to capture the Neptune kids...dead or alive. 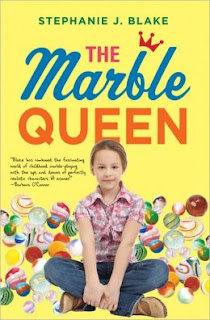 
Freedom Jane McKenzie isn’t good at following the rules. She’s good at getting into trouble — and playing marbles. All she wants is to enter the marble competition at the Autumn Jubilee and show the boys in the neighborhood that she’s the best player. First, Freedom has to convince her mother to let her enter. But there’s a new baby on the way, Freedom’s daddy is drinking too much, her little brother is a handful, and her mother is even more difficult than usual. Freedom learns that when it comes to love, friendship, and family, sometimes there are no rules. Set in 1959, The Marble Queen is a timeless story about growing up.

"This one is for keepsies, and it would be perfect paired with a how-to book on marble games." - Kirkus Reviews 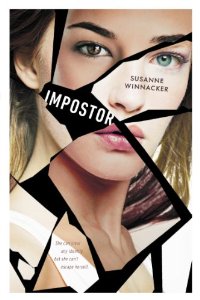 
CAN TESSA POSE AS MADISON . . . AND STOP A KILLER BEFORE IT’S TOO LATE?

Tessa is a Variant, able to absorb the DNA of anyone she touches and mimic their appearance. Shunned by her family, she’s spent the last two years training with the Forces with Extraordinary Abilities, a secret branch of the FBI.

When a serial killer rocks a small town in Oregon, Tessa is given a mission: she must impersonate Madison, a local teen, to find the killer before he strikes again.

Tessa hates everything about being an impostor—the stress, the danger, the deceit—but loves playing the role of a normal girl. As Madison, she finds friends, romance, and the kind of loving family she’d do anything to keep.

Amid action, suspense, and a ticking clock, this super-human comes to a very human conclusion: even a girl who can look like anyone struggles the most with being herself. 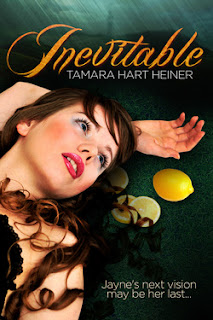 
Visions of death plague Jayne, who thinks watching her boyfriend die is the worst that could happen to her. But when she witnesses a murder, Jayne finds herself caught up in a dangerous world of intrigue and suspense.

As it turns out, she is not the only one doing the stalking. The killer is on to her, and all of her visions of the dying don't reveal how her life will end. Somehow, she must stop the murderer before he arranges Jayne's own inevitable death.

"Special powers, murder, mystery, romance--this book has it all." - D.N. Giles, author of The Sharp Edge of a Knife 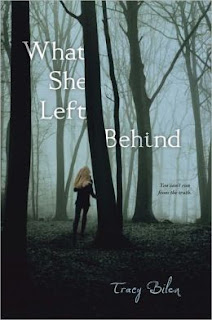 
Sara and her mom have a plan to finally escape Sara’s abusive father. But when her mom doesn’t show up as expected, Sara’s terrified. Her father says that she’s on a business trip, but Sara knows he’s lying. Her mom is missing—and her dad had something to do with it.

With each day that passes, Sara’s more on edge. Her friends know that something’s wrong, but she won’t endanger anyone else with her secret. And with her dad growing increasingly violent, Sara must figure out what happened to her mom before it’s too late…for them both.

Order What She Left Behind 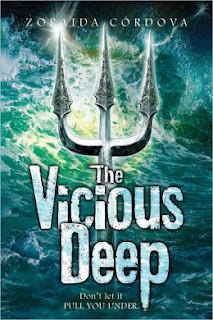 For Tristan Hart, everything changes with one crashing wave

He was gone for three days. Sucked out to sea in a tidal wave and spit back ashore at Coney Island with no memory of what happened. Now his dreams are haunted by a terrifying silver mermaid with razor-sharp teeth.

His best friend Layla is convinced something is wrong. But how can he explain he can sense emotion like never before? How can he explain he's heir to a kingdom he never knew existed? That he's suddenly a pawn in a battle as ancient as the gods.

Something happened to him in those three days. He was claimed by the sea...and now it wants him back.

"[A] multilayered debut . . . what she [Córdova] does exceedingly well is capture an authentic 16-year-old male voice and viewpoint . . .the great title, killer jacket, and edgy portrayal of the mythical creatures should cast a wide readership net." - Booklist

a Rafflecopter giveaway
Posted by Laurisa White Reyes at 10:32 PM