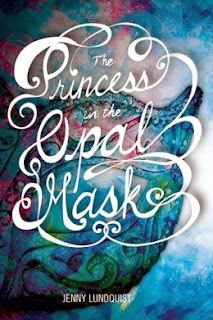 
Orphaned as a child in the crumbling village of Tulan, Elara is determined to learn her true identity, even if it means wielding a dagger. Meanwhile, in Galandria’s royal capital, Princess Wilha stands out as someone to either worship or fear. Though no one knows why the king has always made her conceal her face—including Wilha herself. When an assassination attempt threatens the peace of neighboring kingdoms, Elara and Wilha are brought face to face . . . with a chance at claiming new identities. However, with dark revelations now surfacing, both girls will need to decide if brighter futures are worth the binding risks.

WIN A COPY OF THE PRINCESS IN THE OPAL MASK!
DETAILS AT THE END OF THIS POST!

The Princess in the Opal Mask Playlist

1. Lights by Ellie Goulding
Whenever I hear this song I always think of Wilha staring out her window in the Opal Palace, wondering what’s so wrong with her.

2. Try by P!nk
Halfway through the book Wilha makes a really surprising decision and finds herself literally stumbling around in the dark, trying to figure out where she should go next. This is the song I think of during those scenes.

3. Fighter by Christina Aguilera
When I hear the lyrics I imagine Elara screaming them at Mistress Ogden, sarcastically thanking her for making her a “fighter.”

4. Girl On Fire by Alicia Keys
I think of this song during Elara’s second half of the book. (But really, I also think of Katniss Everdeen, one of my literary heroes, so it just makes me smile while I write.)

5. Somewhere Only We Know by Keane
Halfway through the book two characters share a midnight meal in front of a fire. This is the song I imagine playing in the background.

6. The Second Waltz by Dmitri Shostakovich (Composer)
Music for the masquerade ball!

7. The Sleeping Beauty Waltz by Tchaikovsky (Composer)
More music for the masquerade.

8. Divine Romance by Phil Wickham
This was my warm-up song; I listened to it in the morning before I started working on the draft. 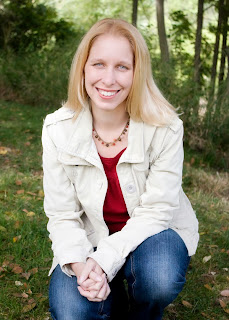 Jenny is giving away 15 copies of THE PRINCESS IN THE OPAL MASK!
Enter to win by entering the Rafflecopter below.

a Rafflecopter giveaway
Posted by Laurisa White Reyes at 5:00 PM