I just posted my novel, MEMORABLE, on Authonomy. You can read it for free, and I would greatly appreciate your honest reviews/ratings there. Might help it get noticed.  https://www.authonomy.com/book/293106/ 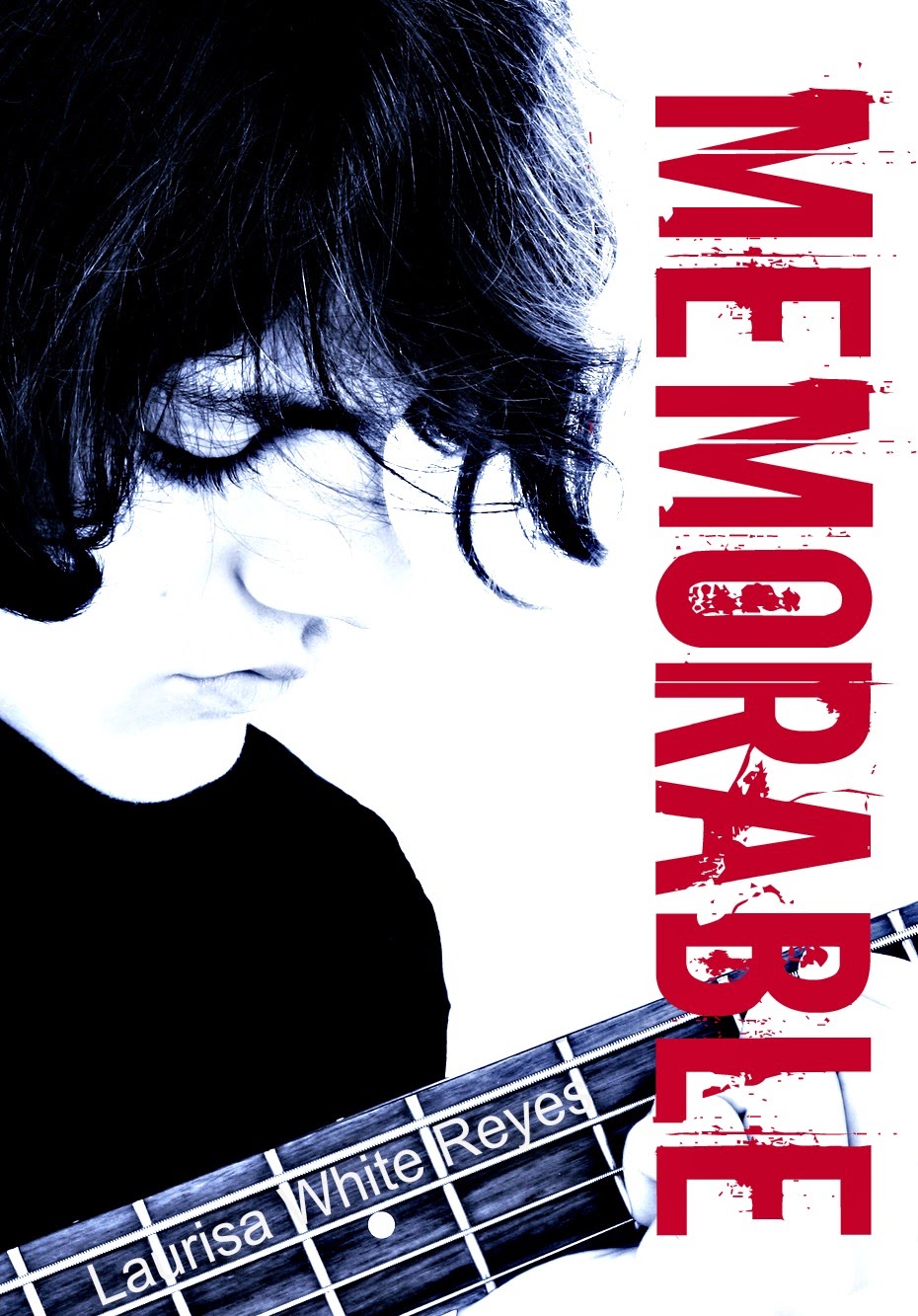 SUMMARY: After being expelled for getting high at school, Ryan's parents condemn him to a year of homeschooling. He meets Penny, the bald girl next door, but she's got more important things than Ryan to worry about, like keeping an eye on her sometimes suicidal older brother, Brett.

Following a difficult Christmas with Brett in the hospital, Penny and Ryan become tentative friends. With her encouragement, Ryan signs up for BandMasterz, a local group of teen musicians who practice together for a month and then perform in a public concert. Brett, a BandMasterz veteran, teaches Ryan everything he knows about playing bass guitar. Just as Penny and Ryan's friendship transforms into something more, tragedy strikes, forcing them to ask questions for which there are no easy answers.


One pill. One stupid little pill, and for that Principal Knowlton calls the Sheriff’s station.

"We have a no tolerance policy at Middleton High," says Knowlton, tapping the eraser end of a pencil against his desk. "You knew that coming in, Ryan."

He's not going to have me arrested, he says, but I do have to answer some questions “in light of the situation.” I see the situation through the office window—paramedics wheeling Jenn out on a gurney, an oxygen mask pressed to her face.

My stomach lurches and I have to look away.

The shriek of the ambulance siren spikes adrenalin through me, making my heart pump like I’m running up hill. As the siren fades away, an officer comes in and introduces himself as Deputy Stratton. I have to tip my head way back to see his face. He’s big—like weight lifter big. When he glares down at me, I nearly puke.

“You’re Ryan?” he asks, sliding a small notebook and pen from his shirt pocket. “What’s your last name?”

“Rojas.” My voice squeaks, and I clear my throat to cover it up.

“So, your principal here tells me Jennifer Bonner passed out in Spanish class. Hit her head on a desk on the way down. That right?”

I nod stiffly. He asks my age, address, phone number and the names of my parents. I keep my eyes down while he scribbles it all in his notebook. I don’t want to look at him, and I sure as hell don’t want him looking at me.

The window blinds rattle when the office door opens again, admitting someone else into the room.

“I’m glad you made it,” says Knowlton, rising from his desk. “So sorry I had to call you under these circumstances. Deputy Stratton, this is Mrs. Rojas.”

I swear my blood freezes and my heartbeat skids to a stop. Mom glances at me before fixing her gaze on Knowlton, who acts like he’s consoling someone at a funeral instead of a concerned parent. He offers her a chair and she lowers herself into it, but she doesn’t say a word to me—not a word.
Mom is pretty cool about most things. She’s not what you’d call strict, but she does have her limits. She doesn’t like music or video games with cussing. She won’t tolerate tattoos or piercings. And she absolutely, positively hates tobacco, alcohol—and drugs.

“What happened?” she asks.

Knowlton’s eyes skitter from her to me. “Go ahead, Ryan.”

Me? He wants me to tell her? I swallow hard and my face starts to burn.

“I, uh, I took some pills.” I lick my lips, but my tongue is dry as dust. “A girl took some, too.”
Deputy Stratton drops a plastic baggie with half a dozen red pills on the table. “Apparently, your son took at least three of these today.”

“Coricidin. Over-the-counter cold medicine,” says the Deputy. “The kids call them Triple C’s or Red Devils. They take them for their hallucinogenic effects.”

Knowlton scratches at his temple. “Yes, well, one of our students is on her way to the ER.”

I'm burning up inside. I don't know if it’s the buzz or the fact that I want to melt right into the floor and disappear.

“Where did you get them?”

Here it comes—the part where they ask me to snitch on my friend. If I do, I’m damned for life. No one at Middleton will ever talk to me again. Ryan the Rat. That’s who I’ll be.

Knowlton eases himself back into his office chair and leans his elbows on the desk. Clasping his hands together, he gives me the look—the one adults use to try and guilt kids into doing the right thing.

“Listen, Ryan,” he says. “I know this is difficult for you. You’re worried about what your friends will think of you.”

“But this is very serious. Yes, Jenn injured her head, but that’s not our biggest concern right now. An overdose of these pills can cause brain damage, even death.”

Death? I think of Jenn crumpling to the floor, the gash on her forehead leaking blood onto the carpet. What if—? No. Jenn won’t die—will she?

“We both know you haven’t been the ideal Middleton student,” Knowlton continues, shooting an apologetic glance at Mom, “but I’m fairly certain you are not to blame for this. Tell Deputy Stratton who’s been handing these out on campus, and I will see to it that you and your parents will not be held responsible.”

Knowlton leans back in his chair and crosses his arms, waiting for me to speak. No.

I’m no George Washington. I’ve lied before, mostly stupid stuff like saying I did my homework when I didn’t. But lately I’ve had more reasons to lie—telling Mom I was at Andrew’s house when I was at the park smoking weed, or that I broke my skateboard and threw it away when really I traded it for a couple of joints, one of which is still stashed in my underwear drawer at home along with a few more of the Triple C’s.

I could lie now, tell them I don’t know where Jenn got the stuff and that I got mine from her. But this is Jenn—the straight ‘A’, class president, nice to everyone Jenn. It’s not like we’re friends or anything, but she’s on her way to the hospital, and maybe she won’t ever go home again.

“Chris Segarra,” I say, dropping my gaze to the floor. “And he’s been dealing a lot more than cold medicine.” My guts clench and my throat tightens like it’s in a vise. Chris will be expelled for sure, maybe worse. If I’m lucky, no one will ever find out it was me who told. Maybe no one will care. But then I think of all the kids who buy from him. He’s got friends, teammates, a girlfriend. Who am I kidding?

The Deputy scrawls something in his notebook and puts it back in his pocket. I dare a glance at Mom. Her face is totally calm and controlled, like none of this surprises her. That’s when it hits me like a hot knife through my ribs. She’s not surprised. I haven’t fooled her at all.

“Unfortunately, Mrs. Rojas,” says Knowlton, “Ryan hasn’t left us much choice here. You can either voluntarily withdraw him from the school, or we can expel him.”

He slides a form across the desk and hands Mom a pen. I hear the click of it, followed by a long pause. This can’t be happening.

“Yes, you did,” says Knowlton, smoothing down his shirt front. “And I appreciate the courage it took for you to do that. But school policy is firm on this.”

I hear the scratch of pen on paper as Mom fills out the form. I want to say something more, to tell Knowlton I don’t deserve this. But when I try, nothing comes out. My voice stays stubbornly silent.
Mom leaves the form on the table when she stands to shake hands with Knowlton and the Deputy. Then we both leave the room. She leads the way toward the front office, and I follow like some dumb animal being led to the slaughter. She doesn’t even look back to make sure I’m behind her. I keep thinking this isn’t real. I’m in someone else’s nightmare.

We pass the front desk where Mrs. Stone mans the office phones. She smiles sympathetically at me. “Take care of yourself, Ryan,” she says, her hand pressed over the phone’s receiver. I give her a sheepish smile. She was really nice to me. I liked her.

The December air bites into my skin as Mom pushes through the office door. She trudges across the parking lot to our minivan that we’ve had forever and starts the engine before I even get my seat belt on. Pulling out of the school parking lot and turning onto the street, I watch the school shrink in the side view mirror.

After a few minutes, the tension in my throat starts to ease up a bit. I think maybe it’s safe to talk again. “So, what are we going to do?” I ask.

“What do you mean?” Mom white knuckles the steering wheel.

“I mean where am I going to go to school now? Battersby?”

She signals left and makes the slow turn onto Foothill Road. Traffic’s heavy for this time of day.

“You can’t go back to Battersby,” Mom says, “or have you forgotten what happened there?”

“It was in your locker.”

Mom presses her lips into a thin line.

“There’s always the charter school,” I tell her, but her mood doesn’t improve.

She lets out a defeated sigh. “I don’t know, Ryan. I really don’t know.”

The next signal turns red, and the minivan comes to a stop. Mom stares straight ahead, her expression hard as iron, but then I notice her bottom lip start to quiver. Her eyes fill with tears. One escapes down her cheek.

I’ve only seen Mom cry once before, at my grandma’s funeral. During the service she wept silently behind a tissue. She thought I couldn’t tell. Sobbing soft, silent gasps she doesn’t even try to hide it from me now.

I look away to stare at the car next to us. I don’t know what make it is or even what color. All I can think of is Mom, and Jenn, and—

The muscles in my chest clench up, burning again. “Did you—did you call Dad?”

“Not yet,” Mom says, swiping a hand across her damp face. The light turns green, and she eases her foot onto the accelerator. “But I’ll have no choice once we get home. You know that, don’t you?”

I pinch my eyelids shut and lean my head against the window. I swear I’m gonna hurl.

READ THE REST OF THE BOOK FOR FREE ON AUTHONOMY:
https://www.authonomy.com/book/293106/
Posted by Laurisa White Reyes at 9:32 PM