May 21, 2012 was my big day. It was the day my first novel hit the shelves, the day my life long dream FINALLY came true. It was a loooooong road. How did I get here?

Like many writers, I've wanted this almost my whole life. I was born to be a writer. Once, when I was 5 years old, I woke up in the middle of the night, fished a piece of cardstock from the trash, and scrawled my first poem on it.

That was the beginning of a lifelong love affair with words. I wrote plays and coerced my brothers and cousins to perform them for our parents. I wrote poems, short stories, essays. I won third place in my high school writing contest. When I was about 14, I set a goal for myself and wrote it in my journal:  I would publish my first book by the time I turned 30. 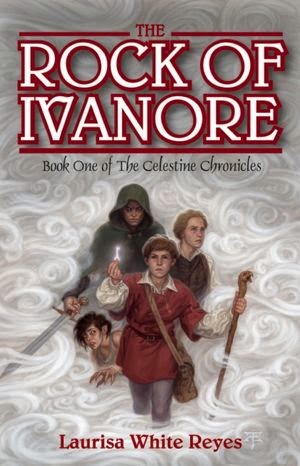 As an avid reader, I could think of nothing more exciting than seeing my name on a shelf at Barnes & Noble. I spent countless hours practicing my signature, getting that sweeping 'L' just right. Later, I earned my B.A. in Creative Writing. I kept on writing after I got married and started having kids, writing for magazines and newspapers. I had my own editorial column that ran in three papers for awhile. I even had a short stint as a book editor for a homeschool publisher.

Why did I spend so much time NOT writing novels? Because I didn't think I could. I lacked confidence in my own abilities. Eventually, I simply got sick of producing what I called disposable writing. My articles would appear in a magazine or newspaper, a few people might read them, and then they would get discarded and forgotten. (This was before the immortality of the internet took off.) I wanted to write something permanent. It was time to finally live my dream.

My first attempt at a novel stunk. But I learned a lot in the process. My second attempt came from the bedtime stories I told to my son. These stories eventually became The Rock of Ivanore. It took an entire year to write the first draft, and several months more for the revisions. As an anxious new writer, I sent the manuscript off to 50 publishers. I figured that if I got 50 rejections, then I'd know it was no good. I had no idea what a slush pile was or how many thousands of manuscripts every editor has to wade through to find that one gem worthy of getting published. I didn't have a clue how the publishing industry worked. I was so naive!

Every day I'd run to my mail box praying for that magical letter that said "Loved Your Book! Let's Publish It Tomorrow!" Of course, it never came. Over the next year I did receive six requests for the complete manuscript, but eventually The Rock of Ivanore was rejected no less than 46 times. The remaining publishers didn't even bother contacting me at all.

I was ready to give up. I was discouraged. By the time I went to the SCBWI Editor's Day in Long Beach (Society of Children's Book Writers and Illustrators), two years had passed since I sent out that first submission. One of the speakers was Jay Asher, author of the New York Times bestselling YA novel 13 Reasons Why. He said it took ten years to find a publisher for his book, and he told all of us in attendance to NOT GIVE UP. I took his advice and started writing another novel.

I'm sure you never thought you would hear back from Tanglewood, as it has been a couple of years since you sent me this manuscript. Anyway, I just unearthed this manuscript a few weeks ago, and while I think it needs some rewriting (the beginning is too slow), I think it has real promise. So I want to make sure that it is available before I go any further.

Needless to say, I screamed, I cried, I got down on my knees and thanked God. It's been a long road from that email to actual publication. Nearly four years will have passed by the time The Rock of Ivanore finally hits the shelves in May, six years since I first submitted the manuscript. But the journey has been well worth it. In that time I've completed a total of ten manuscripts, and I hope to one day publish them all. The best part is that I am living my dream -- maybe I didn't do by the time I was 30 (I'm well beyond that) but because of Tanglewood Press and my family's support, I've finally done it.

So, what can I say to writers who are still waiting for that first acceptance of their book? The same thing Jay Asher told me. Keep writing, keep dreaming, keep submitting. And DON'T GIVE UP!

Well, there it is. My story. If you are on the path toward fulfilling your dream, there will likely be times when you get discouraged, maybe even feel like quitting. DON'T.

What do you do when you feel like that? What words of encouragement have helped you stay on course?
Posted by Laurisa White Reyes at 9:00 AM