THE SHAPE OF A STORY

As many of you know, I'm mid-way through grad school. One class I'm taking this semester is Advanced Narrative Writing in which we are reading and examining a wide selection of contemporary short stories by Amy Bender, Joe Hill, George Saunders, Neil Gaiman, Ben Loory and a few others. 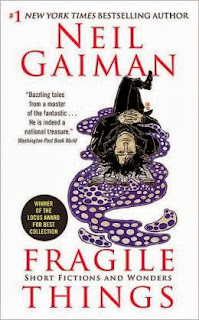 We are not reading them just for the sake of entertainment, though the stories are definitely entertaining, but we are discussing the various techniques these authors employ in crafting these stories.

One of the techniques we've been talking about is the shape of a story. Traditional stories tend to follow a linear path, detailing a sequence of events leading to a climax and resolution. But many of the experimental stories we are reading don't exactly fit into this pattern. Well, at first glance they do, but on closer examination they do something radically different.

For example, in the Neil Gaiman story "Other People" (from his collection Fragile Things) the unnamed protagonist arrives in hell and is met with a demon with scars on his back and a collection of instruments of torture at his disposal. The narrator endures thousands of years of punishment that ends and begins over and over again until finally it all stops and he becomes the demon set to torture hell's newest arrival.  This story has a spiral shape to it. The story wraps around on itself many times over, and finally ends where it begins. 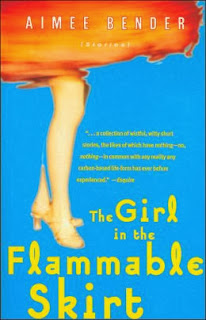 Amy Bender's story "The Rememberer" (from her collection The Girl in the Flammable Skirt) is even more convoluted. Beginning at the end of the story, or nearly the end, the narrator jumps back and forth in time, describing the de-evolution of her boyfriend from human to ape to finally--something microscopic and primordial. Very odd story, but an excellent example of how the shape or structure of a story can be bent and manipulated to create something extraordinary and unpredictable.

And then there are stories that are indeed linear, but do not end with a predictable, "nice-little-package" resolution. Instead, the stories seem to implode or explode or just leave you going "huh?" Like George Saunders "CivilWarLand in Bad Decline" (from his collection of the same name). This is just a bizarre tale about a wimpy kind of a guy working at a run down Civil War amusement park. He sees ghosts. Gang members get shot. Weird things happen. And then he dies. Yup. It is does in fact boggle the mind. It is a linear story, but with a frayed and tangled ending.

The reason why I mention these examples is because I've been paying closer attention to the shape of the children's stories I'm reading -- and writing. I've always been interested in weaving experimental techniques into my work. I've noticed that the vast majority of books written for children and teens are linear. Simple, straight forward, one event follows another, climax, resolution. The end. And there is nothing wrong with that. But what about stories that veer from the norm? Are there any out there? 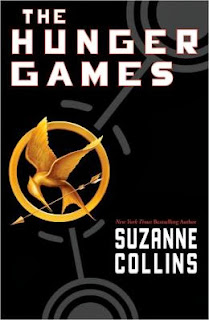 The first story (or stories) that come to mind are The Hunger Games books by Suzanne Collins. On the surface, these are linear stories. Right? Well, yes--but where does the story begin? With the protagonist anticipating the games in her home in District 12.  Where does the series end? At the close of Mockingjay, Katniss is back in District 12. While the plot is linear, the overall story Arc is circular.

Another example of a circular Arc is Neil Gaiman's The Ocean at the End of the Lane. Just the opposite of The Hunger Games series, which ends where it begins, Gaiman's story begins at the end. The narrator is an adult returning to the town of his childhood, recollecting a series of bizarre incidents which bring him full circle.

What about spiral-type stories or stories that bounce around?

The best example of these kinds of shapes I can thing of is 13 Reasons Why by Jay Asher. A boy receives a collection of cassette tapes recorded by a girl who committed suicide. The story jumps back and forth between Clay's life today and Hannah's life pre-suicide. And, like Gaiman's "Other People" it ends where it begins when Clay passes the cassettes to the next person fated to listen to them. 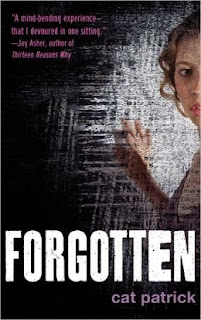 And finally one last example - Forgotten by Cat Patrick, a story of a girl who wakes up every day with her memory of the previous day erased. She only remembers "forward." The story is constantly skipping ahead while she tries to get through every day by piecing together the pieces of her future.

All of these stories are highly experimental in form, but I'd love to see more like this.  Notice, too, that they are all Young Adult books. I couldn't think of any contemporary middle grade books that tamper with story shape. (Of course there are several classical ones, such as Peter Pan and Alice and Wonderland, both circular.) Maybe this is an area that could use a little experimenting.

Can you share some other examples of children's or young adult books that play with story shape and structure?

http://mycrazzycorner.blogspot.com/
Posted by Laurisa White Reyes at 9:00 AM