HOW TO WRITE A REAL PAGE-TURNER (Part 4)

Last week I introduced the first of three techniques writers use to make their books page-turners. Today let's look at a second technique:


When I first started writing for children about seven years ago I was told by a certain literary agent that books for middle grade readers must be written in a single point of view (POV). The agent explained that trying to keep track of more than one voice in a story was beyond the ability of most kids, that it would be too confusing.

This didn't make sense to me. I'm a mother of five children, and I had seen for myself how they followed movies and video games with multiple story lines with ease. I decided the agent's advice wasn't given contemporary kids who are multi-tasking masters enough credit. 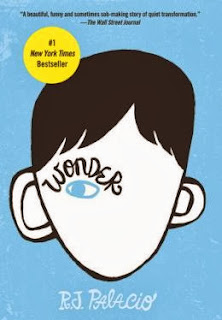 At the same time, I happened to be reading The Da Vinci Code by Dan Brown. Brown is the king of page-turners. I read that book in two nights because I literally could not stop reading it. And I asked myself why? So I read it again and studied his techniques. One thing I discovered is that he switches between three points of view, weaving together three story lines which all converge at the climax. Dan Brown writes for adults, but I wondered why couldn't this same technique be applied to a children's novel?

So I wrote my novel, The Rock of Ivanore, with several points of view just to prove it could be done. And guess what? Kids love it.

Today writing from multiple points of view has become more acceptable in the world of children's books.  Most recently, Wonder by R.J. Palacio has taken the country by storm. This story about a boy with a disfigured face has six distinct voices.  Above World and Mirage by Jenn Reese each have two POVs, as does Rick Riordan's The Red Pyramid. The Candymakers by Wendy Mass has four.

Write a brief scene (a paragraph to one page) from one of the perspective of one of the characters below. Use the following to get you started. The re-write the exact same scene from a different character's POV.

Prompt: Two characters argue over an object, each one claiming it belongs to him/her.

* Be sure to stop by next week for Part V of How To Write A Real Page-Turner, and discover the third and final page-turner technique!
Posted by Laurisa White Reyes at 9:00 AM