When I was a kid, one of my favorite movies was the 1956 sci-fi flick FORBIDDEN PLANET, where a crew of astronauts are sent to a distant planet to "rescue" a scientist and his daughter and end up getting attacked by some massive invisible monster. I watched that movie over and over and over. Looking back at it now, it was kind of hokey. Bad special effects. Bad acting. But the story, the plot twists were really fantastic.


Years later, once I started writing fiction, I wanted to updated that old movie for a contemporary audience. More specifically, I wanted to write it for a teen audience. I love horror movies--not the blood and guts slasher kind, but the plot-twisting, nail-biting suspense kind that really tie your brain and your nerves into knots. Like THE SIXTH SENSE, ALIEN, or WHAT LIES BENEATH. 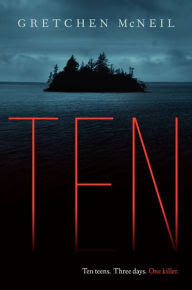 And taking older stories and rewriting them for a new audience isn't unusual. Gretchen McNeil did a spectacular job updating Agatha Christie's AND THEN THERE WERE NONE with her 2012 YA novel TEN. And more recently, Colleen Oakes has revamped Peter Pan in WENDY DARLING.

I wrote the rough draft of SAND & SHADOW about three years ago, just before I started graduate school. I had a general idea of how I wanted the story to go. The beginning and the end were very clear in my mind. I knew who the characters were, who and what the antagonists would be. I did a lot of online research on things like cryogenics, deep space travel, habitable planets in distant galaxies, ESP, and so forth. My goal was to make this story as factual and plausible as possible while still stretching the boundaries of reality.

I finished the rough draft, but the middle was very mushy. In other words, I couldn't really figure out how to get from point B to point C. The story sort of leap frogged from the middle to the end in a matter of four or five chapters. Frustrated, and about to dive into three long years of grad school, I filed it away for safe keeping.

Three years later, I have dusted off SAND & SHADOW and am now working on the third draft. The pieces have fallen into place, and after plugging all my existing chapters into an outline, I've discovered that I need to write about five or six more chapters to fill in the gaps. But I'm not even close to being finished.

I've been reading Martha Alderson's THE PLOT WHISPERER, which has helped me see the fatal flaws in my manuscript. (I wish I'd read this book ten years ago!) Some important elements that I'm currently working on include the protagonist's goal in the beginning of the story, his development arch, his secret that is his catalyst for change, and situating the plot points at right spots in the manuscript.

As I work on this story, I will post updates from time to time and maybe even give some insight into how the story is developing. I'm hoping to have a good solid draft by spring of next year. For now, I thought I'd share the opening scene with you. Let me know what you think of it. Thanks!