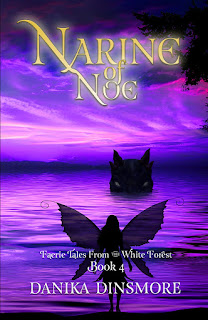 I am so pleased to present Danika Dinsmore's Fairy Tales from the White Forest series, and especilly the newest release, NARINE OF NOE, book 4. She joins us with a guest post on Supporters Vs. Saviors.

Book Summary:
Narine of Noe should have had her whole life to train to take her father's place as High Sage. But when a mysterious force falls from the skies, sending the world into elemental chaos, the fate of every living being lands on her shoulders . . . even that of the Eternal Dragon. Without the Dragon to maintain the Balance of All Things, an elaborate plan to save Faweh must be hatched, and Narine is forced to take charge in a world gone mad. Before the White Forest was born, before the Great World Cry, the story that started it all ...

On Supporters vs. Saviors

Have you ever known someone who is always borrowing money and never paying it back? Whose friends are always bailing him out financially and otherwise? Have you ever known a mother who coddles her children so much they barely have their own opinions? I met a parent who typed all her son’s essays out as he dictated them to her. He couldn’t type fast enough, she told me and claimed she didn’t change anything he said; she just made it “sound better.”

Have you ever enabled anyone, taking care of things for them in such a way that they didn’t learn to take care of those things themselves? Did you ever then resent them for not being responsible for themselves?

I was reading a fantasy book recently in which supporting characters often solved the protagonist’s problem for him, or the problem would simply resolve itself. This is one of my pet peeves as a reader. I much prefer an “active hero in conflict” – meaning the hero takes the action; the hero figures it out.
If a sorceress suddenly appears and hands a character the exact weapon needed to defeat his foe and then explains what it does and how to use it, it’s like cheating to me. I prefer to follow clever protagonists. I prefer when protagonists are given the pieces to solve a puzzle, the tools to get the job done, but still figure it out for themselves. If they are handed magic in the form of an item or knowledge, we journey with them in their quest to figure out how to put it to use.

I believe supportive characters should give our MCs compassion and tools rather than salvation and all the answers. This support could come in the form of supplies, lessons, magical items, wisdom, food, shelter, etc. But the protagonist is still the one who saves the day.

This isn’t to say our protagonists shouldn’t ever be rescued in the telling of a story. You might rescue them for:

humour: Your MC is a ninja and is saved by an 8 year old girl.

suspense: In Narine of Noe, Narine is saved by a giant, but she doesn’t realize she’s being saved by the giant. She thinks he’s attacking her and, hopefully, the readers do, too.

character building:  Your MC hates to be rescued and has to thank someone she despises for rescuing her.

Throughout my fantasy series, I attempt to enlist allies to support Brigitta (and Narine in Book 4) who give her camaraderie, strength, wisdom, protection, and information. If she is gifted with magic, it’s up to her to figure out how to use it, and sometimes the magic is stronger than she is ready for. She accrues these bits of knowledge and employs them in more and more successful ways along her journey. I always keep in mind that it’s her story, and she needs to be the one who is ultimately master of her fate.

Anyone interested in writing a review for any of the White Forest books may contact Danika at danika.dinsmore@gmail.com for free ebook copies. Mention you saw this posted on Laurisa’s site.

YOUR WRITING WORKOUT
1)  Set a timer for 5-7 minutes. Using the start line below, write without stopping and without editing. If you get stuck, just write about being stuck (gosh, I’m stuck, my mind feels like a piece of cheese…) OR just keep writing the start line over with a different response each time.
Start line: My protagonist earns the trust of his/her allies by . . .

2)  Set your timer for 5-7 minutes. Using one of the start lines below, write without stopping and without editing.

Start line: The first ally my protagonist makes along her journey gifts her with . . .

3)  Set your timer for 7-10 minutes. Using one of the start lines below, write without stopping and without editing. 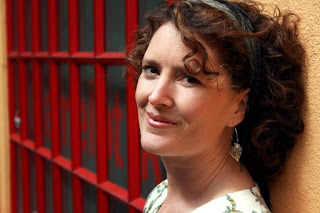 Danika Dinsmore an author, performance artist, and educator. She currently works and plays in speculative fiction with an emphasis on juvenile and young adult literature. She blogs about the messiness of life and gives accompanying writing exercises at danikadinsmore.com. She is author of children’s fantasy novels Brigitta of the White Forest, The Ruins of Noe, Ondelle of Grioth, and Narine of Noe. On Twitter: @danika_dinsmore