I'm so excited to reveal the cover of my young adult novel, CONTACT. Some of you  may know that the book was originally published in 2014 with Hallowed Ink Press. Unfortunately, one year later, HIP closed its doors leaving my book an orphan.

A good samaritan author emailed me and suggested I submit it to her publisher, Evernight Teen. With nothing to lose, I took her advice and sent it in. I was beyond thrilled when Evernight Teen offered me a publishing contract. The book will come out sometime in 2016 (the date has yet to be determined). In the meantime, I would like to introduce to you the cover of the new CONTACT!!!


Mira wants to die. She’s attempted suicide twice already and failed. Every time she comes in contact with another person, skin to skin, that person’s psyche uploads into hers. While her psychologist considers this a gift, for Mira it’s a curse from which she cannot escape.

To make matters worse, Mira’s father is being investigated for the deaths of several volunteer test subjects of the miracle drug Gaudium. Shortly after Mira’s mother starts asking questions, she ends up in a coma. Although her father claims it was an accident, thanks to her “condition” Mira knows the truth, but proving it just might get her killed. 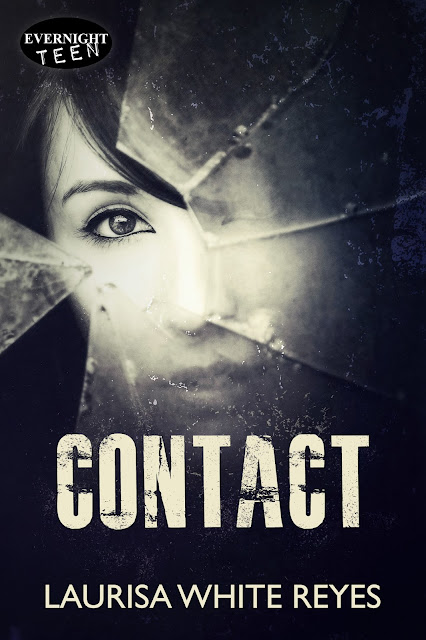