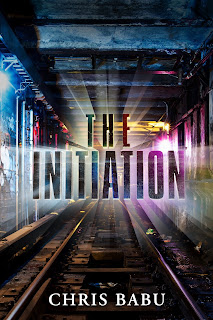 
Everyone is equal. But no one is safe.

In a ruined world, Manhattan is now New America, a walled-in society based on equality. But the perfect facade hides a dark truth.

A timid math geek, sixteen-year-old Drayden watches his life crumble when his beloved mother is exiled. The mystery of her banishment leads him to a sinister secret: New America is in trouble, and every one of its citizens is in jeopardy.

With time running out, he enters the Initiation. It’s a test within the empty subway tunnels—a perilous journey of puzzles and deadly physical trials. Winners join the ruling Bureau and move to its safe haven. But failure means death. Can Drayden conquer the Initiation, or is salvation out of his grasp? 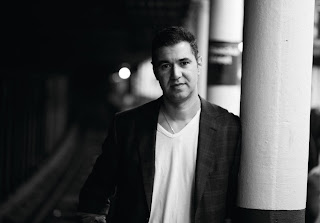 About the Author
Chris Babu grew up in North Haven, CT, playing soccer and the violin in his free time. After devouring The Shining under the covers with a flashlight when he was eight, Chris was hooked on fiction. He's always had a thing for young adult books. But he's also a major science and math nerd - physics being his favorite - and he has a math degree from MIT.

For nineteen years, he worked as a bond trader on Wall Street, riding the subway to and from work every day. He traded mortgage-backed securities for Bank of America and then Deutsche Bank, where he eventually ran the MBS trading desk. Now Chris writes full-time, always with his trusted assistant Buddy, a 130-pound Great Dane, who can usually be found on his lap. They split their time between New York City and the east end of Long Island. Their omnipresence at home drives his wife Michelle and daughter Lily crazy. The Initiation is his first novel.