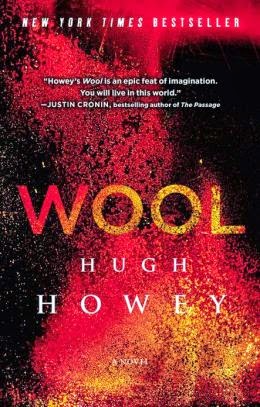 
For suspense-filled, post-apocalyptic thrillers, Wool is more than a self-published eBook phenomenon―it’s the new standard in classic science fiction.

In a ruined and toxic future, a community exists in a giant silo underground, hundreds of stories deep. There, men and women live in a society full of regulations they believe are meant to protect them. Sheriff Holston, who has unwaveringly upheld the silo’s rules for years, unexpectedly breaks the greatest taboo of all: He asks to go outside.

His fateful decision unleashes a drastic series of events. An unlikely candidate is appointed to replace him: Juliette, a mechanic with no training in law, whose special knack is fixing machines. Now Juliette is about to be entrusted with fixing her silo, and she will soon learn just how badly her world is broken. The silo is about to confront what its history has only hinted about and its inhabitants have never dared to whisper. Uprising.

For a decade now, my #1 favorite science fiction novel has been Ender's Game by Orson Scott Card. Well, I just found a new winner. Wool is unbelievably brilliant! Howey creates such a realistic world inside this massive underground silo. And the characters, the plot, the twists! I can completely understand how this book took the world by storm. All I can say is READ THIS BOOK!