COME WITH ME TO ALGONAC...DAY 3 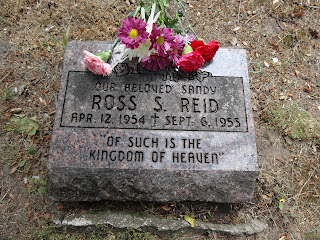 Day 3 in Algonac, Michigan was an exciting and enlightening one. After spending half the night online trying to figure out where my great-great grandmother Margaret Jane Reid was buried, I learned that she died in Eloise, Michigan, a town about an hour from here. I thought perhaps she was buried there as well, but my research led me only to an old asylum (for mental patients and tuberculosis patients), which no longer exists, and its creepy cemetery where 7000 unclaimed patients were buried with nothing but numbers for headstones. And the place is purported to be haunted.

I seriously hoped Margaret hadn't ended up there. She had lots of family when she died in 1944, so she certainly would have been "claimed." 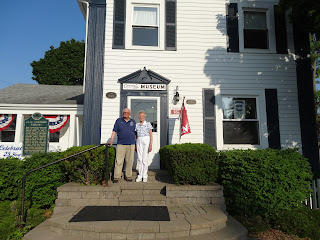 My next step was to find out what other cemeteries are in that area. No luck there. Websites are pretty scarce for cemeteries in these parts, and contact information is non-existent. (How the heck does anyone arrange to bury family members around here???) I discovered that at one time cemetery info had been publicly available through the Library of Michigan but had been taken down. I called and a very nice librarian named Diane located the obituary for Margaret J. Reid, which listed the names of her family, the funeral home (no longer in existence), and that she was to be buried in Algonac. Ah ha!!! 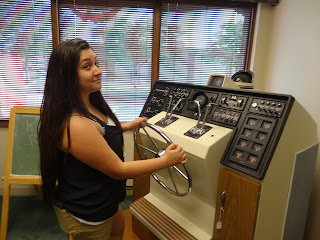 Carissa and I drove back to the Clay County Township office armed with this information. Janet located the hand-written internment record from 1944. No Margaret Reid. Now we were getting worried. What had happened to this woman? Janet suggested that a fellow named John, who had access to more cemetery records, might be able to help. He did. He found some records that indicated that yes, Margaret Jane Reid was buried in Algonac, AND so were two additional grandchildren: Amanda and "grandchild". So, six Reids are buried right next to each other. The problem is--the records don't know who is in which plot! The only one absolutely for sure is Ross Reid because he has a headstone. I'm pretty sure I know which plot belongs to great-great grandpa James Reid. But the other four are unknown. The explanation John gave me was that record keeping back then was...well, poor. At least we know they are all there in a ten foot rectangle of earth. That, at least, is satisfying. 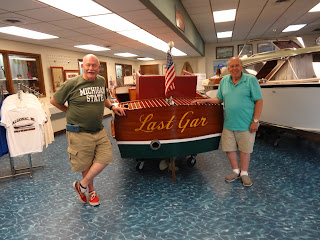 So, after all that, Carissa and I stopped by the market for some 409, a dish scrubber, and a rag. Then we went to the cemetery and cleaned little Ross's grave. We placed flowers on the graves and took pictures. I hope my Aunt Larry knows her little angels are safe and sound.

Later in the day, Carissa and I headed over to the Algonac Community Museum where Joan and Bud told us all about the town's history and showed us photos and shared stories. We had a great time with them, and Joan convinced us that tomorrow we have to visit Harsens Island, where she grew up, just a ferry ride across the river (in Michigan, not Canada.) After that we went across the street to the Maritime Museum and met George and Terry, who debated about walleye and perch. What a funny pair they are! We learned all about Chris Craft and Gar Wood, two famous boat builders from the early 1900s. 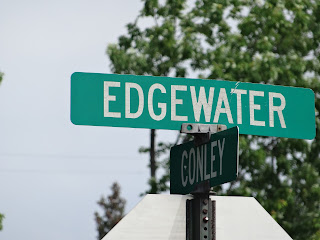 Oh! I almost forgot! Carissa and I drove down Edgewater road in Pt. Duchene (just outside Algonac) where my great-great-grandparents' and Aunt Larry's houses were! We weren't exactly sure we were in the right place, but later we learned that yes! We had been in exactly the right place. In the 30s, Gar Wood's boat factory was right there on the water, and my family's houses were just down the street. Pretty cool.

Around town I kept seeing these fliers for the upcoming "PICKEREL TOURNAMENT"  and a couple of people mentioned it to us in passing. I kept wondering "What's a pickle tournament?" Turns out Pickerel is a kind of fish that is fished here in the river. The tournament has a parade, a court is crowned, there are games and huge prizes (they used to give away boats!), and fishing competitions, and even a parade! The cool thing is that I found out that the 1st Pickerel Tournament occurred in 1938, the very summer I want to write about. 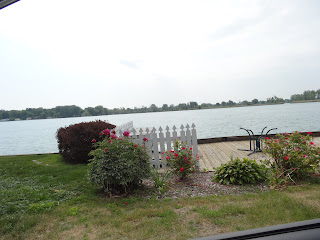 The day ended with more fried mushrooms at Algonac Flaming Grill. (It's right next door to the Maritime Museum, so we just had to!) Now we've come back to our room to watch TV and fall asleep. Tomorrow should be fun exploring Harsens Island.