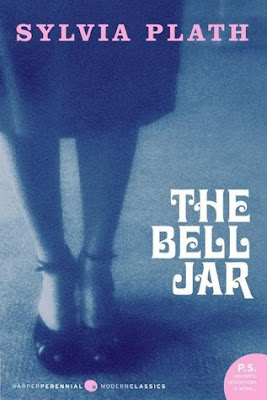 
Sylvia Plath's shocking, realistic, and intensely emotional novel about a woman falling into the grip of insanity.

Esther Greenwood is brilliant, beautiful, enormously talented, and successful, but slowly going under—maybe for the last time. In her acclaimed and enduring masterwork, Sylvia Plath brilliantly draws the reader into Esther's breakdown with such intensity that her insanity becomes palpably real, even rational—as accessible an experience as going to the movies. A deep penetration into the darkest and most harrowing corners of the human psyche, The Bell Jar is an extraordinary accomplishment and a haunting American classic.


Esther Greenwood is a college student and an up and coming writer and editor for a fashion magazine. Everything seems to be going well for Esther: a scholarship, a boyfriend who wants to marry her, a job she loves. But then life takes a drastic turn when she is nearly raped and then falls into the deep, dark hole of depression. What follows is Ester's first hand account of existing in the distorted, hopeless world of mental illness and her long, difficult journey out of it.

I keep this long list of books I want to read before I die, and The Bell Jar has been on that list a long time. Published in 1963, this story is iconic in that it follows a young woman's descent into depression and attempted suicide from inside the mind of the woman herself. Reading this this exploration of the psyche in realistic and often disturbing detail, I felt as if I were reading something much more contemporary. Astounding, really, and prophetic for its time, when the medical community and society at large didn't fully comprehend the nature of mental illness. I think (and of course this is the case) that Sylvia Plath wrote from a very personal place, revealing her darkest corners to the world. That she took her own life in the same year this book was published is beyond tragic. It's as if The Bell Jar were her cry for help, her attempt to be understood and rescued. But the world wasn't ready for her message.

For those who have never read Plath's book, now is the time to do so. Like scripture was written for future generations, The Bell Jar seems to have been written for our day. Mental illness, in all its disguises, is better understood and better treated than ever before, but we have a long way to go. While you might not learn the specifics of depression and suicide in Plath's book, you will gain empathy. And the first step to improving conditions for those who suffer from mental illness is to empathize. The second step is to stop judging.