Summary:
Would you rather read the nativity story or be a part of it? Using simple stage
directions, easy-to-find props, and a script that's straight from the scriptures, this
book helps you act out the familiar story of the first Christmas for your friends and
family. Start a new tradition this season with a simple pageant you'll look forward to
performing year after year.

The Nativity Pageant is the perfect answer for churches and families who wish to demonstrate the birth of Christ this Christmas season. Relying heavily on scripture, this brief narration can easily be adapted to any congregation or setting. Great for kids or adults. 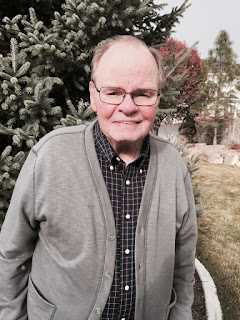 Author Bio:
Neil K. Johnson taught school for 44 years--first drama, then English--and he loves kids. He was able to teach over 7,000, and as a result, many of them won awards for their writing and drama. He was chosen as the 2010 Utah English Teacher of the Year, and he was president of a state English and two state drama and speech teacher associations. Neil received his bachelor's degree from Brigham Young University and his master's degree from the University of Wisconsin at Superior. He did doctoral work at the University of Utah and the University of Northern Colorado. He wrote The Drama Source Book and compiled three books of plays. Neil and his current wife Sharee both lost their first spouses to cancer. They married and blended their family of 15 kids, and they have 50 grandkids (and counting). Neil is very active in his
church, and he loves to see the enactment of the nativity pageant at Christmastime. He knows many of the struggles to make the pageant meaningful, and he has tried to
address them in this dramatization.

Excerpt:
Narrator 1: And it came to pass in those days, that there went out a decree from
Cæsar Augustus, that all the world should be taxed.

Narrator 2: And all went to be taxed, every one into his own city.
(Joseph leads the "donkey" with Mary on its back [or Joseph and Mary walk together]
to the stage left side of the room.)

Narrator 1: And Joseph also went up from Galilee, out of the city of Nazareth, into
Judæa, unto the city of David, which is called Bethlehem; because he was of the
house and lineage of David:

(Mary gets off the "donkey," stretches her painful back, and sits.)

Narrator 2: To be taxed with Mary his espoused wife, being great with child.

Narrator 1: And so it was, that, while they were there, the days were accomplished
that she should be delivered.

(Mary puts "baby" into the cradle and stares at him lovingly.)