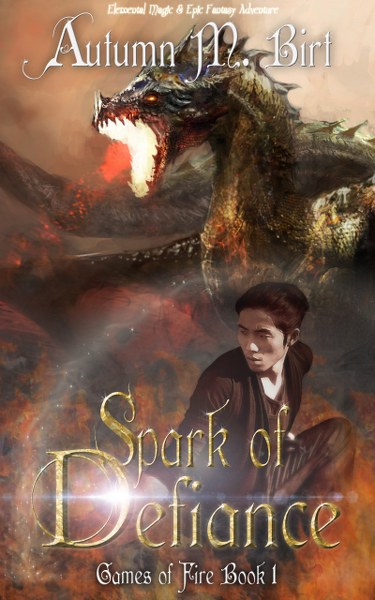 Six months after a tragic war, the world of Myrrah has found peace. But many of the heroes have not.


Wandering to avoid memories of lost friends and past actions, Zhao reluctantly returns home to fulfill a promise to his sister. And to proclaim to the elders of his people that their treatment of Air Elementals is wrong. His homecoming is met with hostility but not for the reason he expects. It is far worse.

To protect his gifted niece from a life of hardship and subjugation like the one he endured, Zhao must rescue his sister. Even if she doesn’t wish it. Quickly caught once again in events greater than he can handle alone, Zhao struggles to prevent a personal conflict from erupting into a larger battle. But friends are distant, and more than a few are wrestling with new problems of their own.

Welcome BACK to the world of Myrrah full of elemental magic and epic fantasy adventure! A new trilogy begins in Games of Fire with book 1, Spark of Defiance. 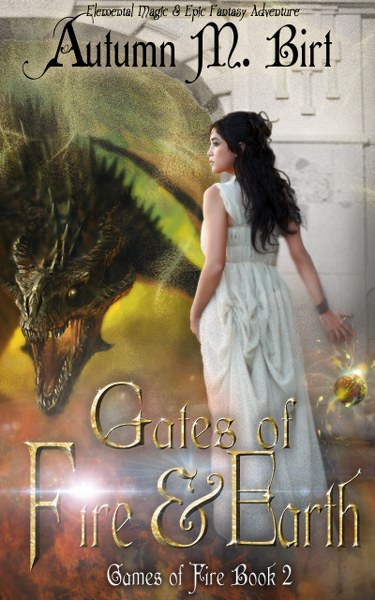 Success will destroy elemental magic. Failure condemns this world and the next.


Named Guardian of the Elemental Spheres, Lavinia seeks the lost gates to the spirit realm and their ancient guardians. But some of the guardians have left their duties and those that have stayed may prove as dangerous as her enemy, whose wrath threatens the world. To end an ancient punishment inflicted on them by the Goddess for their role in a forgotten war, the Ashanti will conquer this world and that of spirit to gain power over death.

Lavinia must close the gates to stop the Ashanti, even though by doing so she risks ending all elemental powers. And the act has consequences greater than the ancient guardians imagine.

But one gate has a new guardian as well as the old, and the last time he saw Lavinia, he tried to kill her before she stole his power. And he’s been seeking revenge … 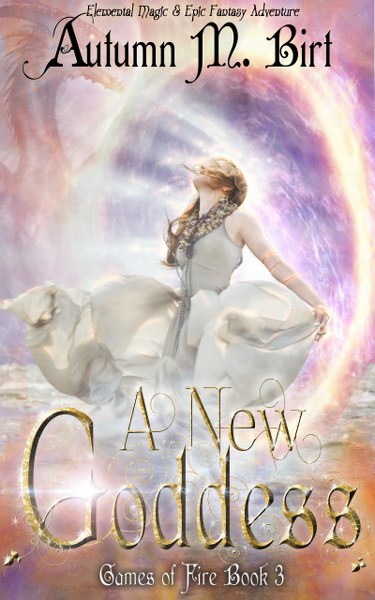 The time has come to end their punishment or the world.

For nearly destroying the world in an ancient war, the Ashanti were cursed by the Goddess Mhyrah with lifespans of less than a decade. To regain normal lives for his people, Beh’kana, the Ashanti King, will conquer death by gaining control of the source of all elemental magic: the spirit realm. Even if he must burn the world to do so. After all, he already killed his closest friend to gain the Ashanti throne.


But his defeat at the Earth Gate nearly cost him his life.

Lavinia did not seek to be named Guardian of the Spheres when she touched each to gain control of elemental power. But now that choice has propelled her to being the key to stop the Ashanti. She controls the gates that allow magic into the world. And she must close them or the Ashanti will cross into the spirit realm and gain power beyond imagination, enough to enslave or destroy the world they once sought to rule.

But with the closure of each gate, an elemental power is lost.

Only two gates remain open. Magic is faint. Just when the fight grows the most desperate. To win needed help, Lavinia has promised a man who once tried to kill her best friend that she would open the gates and restore magic again.

It might give them the power to fight the Ashanti or it will give their enemy the world.

Discover the end to the epic fantasy journey begun in book 1 of the Games of Fire trilogy, Spark of Defiance, and continued through book 2, Gates of Fire & Earth. The struggle for the power over life and death as well as all the elements comes to a dramatic conclusion. Can a cruel ancient punishment be ended without destroying magic or the world? Welcome back to the world of Myrrah and meet the Elementals of Fire, Earth, Water, Air, and Spirit who shape it. Pick up book 3 of the Games of Fire trilogy, A New Goddess, today!

Discover the world of Myrrah- full of elemental magic and epic fantasy adventure with the Rise of the Fifth Order trilogy! 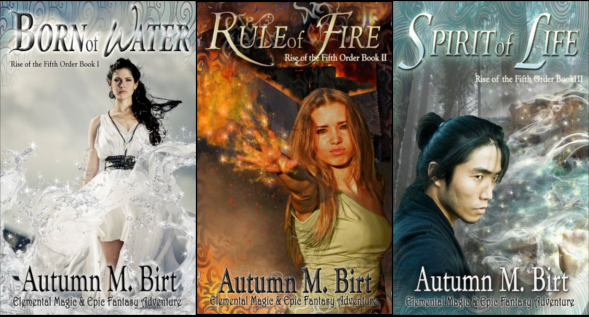 Find them on Amazon! 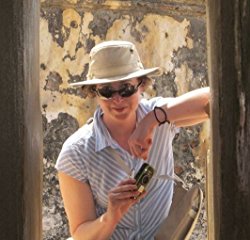 Autumn is a best selling author in fantasy, epic fantasy, and war - not all on the same series though! She is the author of the epic fantasy, adventure trilogy on elemental magic, the Rise of the Fifth Order. Her newest series is Friends of my Enemy, a military dystopian/ dark fantasy tale laced with romance. Friends of my Enemy was released in full in 2015 and is quite the story full of strong characters, tight plots, and lots of action. Meanwhile, she is working on a new epic fantasy trilogy, Games of Fire, set in the same world as the Rise of the Fifth Order. The first book was released in March of 2016.