As many of you may already know, my book THE ROCK OF IVANORE is debuting on May 15th and is one of many debut middle grade/young adult novels being released in 2012. These books are called THE APOCALYPSIES. Each month I plan to read at least one new debut novel and post about it here. 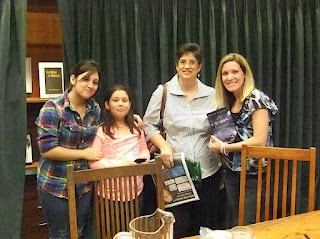 FRACTURE was released in January and I had the pleasure of meeting author Megan Miranda at Vroman's Bookstore in Pasadena, CA. I just finished reading it and posted my review yesterday.
Here is a list of titles that debuted this year so far: