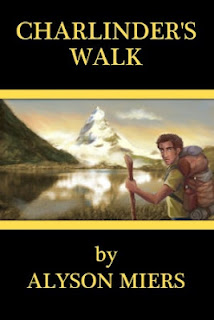 In 2012, the Plague ended the world as we know it. In 2130, Charlinder wants to know why.
The origin of the disease remains a mystery. Their ignorance of its provenance fuels a growing schism that threatens to destroy the peace that the survivors’ descendants have built. Unwilling to wait for matters to get any worse, he decides to travel to where the Plague first appeared and find out the truth—which means walking across three continents before returning home.
Charlinder has never been more than ten miles from home, has never heard anyone speak a foreign language, and he’s going it alone.
He survives thousands of miles of everything from near-starvation to near-madness before he meets Gentiola. By then he’s so exhausted that the story she offers to tell seems like little more than a diversion…until he hears it.
Nothing could have prepared him for what he learns from her, and no one ever told him: be careful what you wish for. The world is a much bigger place than Charlinder knew, and his place in it is a question he never asked before.
I very rarely review self-published books, but I agreed to post about Charlinder's Walk a couple of months ago. The author, Alyson Miers has provided an interview and an excerpt from her book. The blog tour is providing a $50 gift certificate to one winner! Scroll down to find out how to win.

1.  Describe Charlinder's Walk in one sentence.
Between him and the truth lie a century and an ocean, but nothing can prepare him for what he'll find.
2.  What inspired you to write this story?
It was an idea that grew over time. Many years ago I got this scenario in my head of some worldwide disaster that left only 20 people alive on Earth, so the question was: if there were only 20 peole left alive, what would they do with themselves? That idea eventually evolved into the post-Plague world, which in turn gave rise to Charlinder's Walk.
3.  What books did you enjoy reading when you were younger?
I remember reading Anne of Green Gables and finding Anne rather annoying but still gobbling up the book at breakneck speed. I read a lot of R.L. Stine, Mary Downing Hahn, a bit of Robert Newton Peck. In my early adulthood I became very interested in the works of Torey Hayden, who wrote memoirs of her experiences in teaching disturbed and severely disabled children.
4.  What do you enjoy reading now?
I gravitate towards literary fiction, in which I include women's fiction, though I also enjoy some fantasy and sci-fi. Those who read Charlinder's Walk may notice my affection for the paranormal, and at the same time my respect for the natural sciences.
5.  Tell us a little about your journey to publication.
I wrote my book, revised it a bit, and started querying agents. That went nowhere, so I revised some more, tried querying some more, and meanwhile, self-publishing was growing by leaps and bounds all around me. I figured out pretty soon that I could keep on trying for years to get a book deal with a publishing house, or I could actually put my story out there in readers' hands. The decision to self-publish was a "get busy living" move. I got a professional edit done on my novel and spent months working my butt off to revise until Charlinder was ready to go out into the world.
6.  What can we expect from you in the future?
You can expect more genre-stretching, envelope-pushing, independent-minded fiction from me. In various stages of progress at the moment are a contemporary women's fiction, a dystopian centered on feminist and LGBT issues, and an urban fantasy. I have the idea sketched out for a contemporary YA novel focused on bullying.

GIVEAWAY TIME!!!
Wanna win a $50 gift card or an autographed copy of Charlinder's Walk? Well, there are two ways to enter...

About the author: Alyson Miers was born into a family of compulsive readers and thought it would be fun to get on the other side of the words. She attended Salisbury University, where she majored in English Creative Writing for some reason, and minored in Gender Studies. In 2006, she did the only thing a 25-year-old with a B.A. in English can do to pay the rent: joined the Peace Corps. At her assignment of teaching English in Albania, she learned the joys of culture shock, language barriers and being the only foreigner on the street, and got Charlinder off the ground. She brought home a completed first draft in 2008 and, between doing a lot of other stuff such as writing two other books, she managed to ready it for publication in 2011. She regularly shoots her mouth off at her blog, The Monster's Ink, when she isn't writing fiction or holding down her day job. She lives in Maryland with her computer and a lot of yarn. Connect with Alyson on her website, blog, Facebook, Twitter or GoodReads.


Get Charlinder's Walk on Amazon or Barnes & Noble.