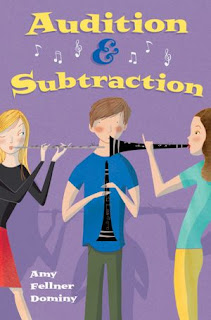 
Best friends Tatum and Lori are used to doing everything together—including a clarinet/flute duet for District Honor Band auditions. But all that changes when Michael transfers to their middle school, and into their band. Suddenly, not only is he competing for Tatum’s spot on stage, but he’s stealing Lori, too. Tatum doesn’t like change no matter its form: not with her good friend Aaron, who seems to believe her fib that they’re secretly boyfriend and girlfriend. And not with her mom either, who, to cope with a separation from her dad, is performing in community theater, of all things! Amy Fellner Dominy composes an equally heartwarming and hilarious story of how holding tight to the status quo can mean missing out on the future—and how oftentimes the best way to move forward is by going solo.
Welcome to the Worst Blog Tour Ever!
Audition and Subtraction, the newest tween novel by Amy Fellner Dominy (OyMG), has just been released.  Amy is celebrating by sharing her WORST moments of middle school.  (Why should her characters suffer alone?) In fact, Amy invites you to share your memories too—with a chance to turn your angst into prizes.  At the end of the tour, Amy will be giving away 2 PRIZE PACKS, each with a signed hardcover of Audition and Subtraction, book goodies and a $10 iTunes giftcard.
Follow along each day for a new WORST at some of the very BEST blogs:
Mon, Sept 17: A Thousand Wrongs: Worst Best Friend Moment
Tues, Sept 18: Mundie Kids: Worst Dance Memory
Wed, Sept 19: I Read Banned Books: Worst School Picture
Thur, Sept 20: The Story Siren: Worst Crush Comedown
Fri, Sept 21:  Books 4 Learning: Worst Injury in a School Activity
Sat, Sept22: Cari's Book Blog: Worst Beauty Makeover Idea
Mon, Sept 24: The Write Path: Worst Band Uniform
Tues, Sept25: Amy Fellner Dominy: Best Thing That Came From My Worst Experiences  (PLUS—winners announced!!)


WORST BEST FRIEND MOMENT
It’s only fitting I start here, because this is actually where the inspiration for Audition and Subtraction began—with a worst best friend moment. 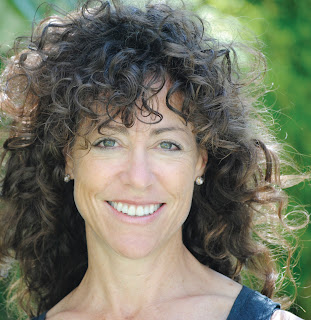 I started the book about five years ago—out of desperation.  I was working on another book and horribly stuck.  I was ready to give up writing altogether when I read an article about sparking novel ideas.  According to the article, I needed to go back to my youth and pull out a deeply emotional or painful moment and write about that.

But I cast my memory back and I landed in the school cafeteria on a day with my best friend that changed my whole world.  It wasn’t a fight.  Those we worked through.  This was something altogether different. 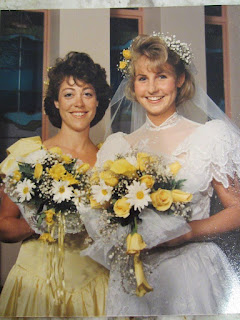 Sure, we were still friends, but now there was this guy in the middle of everything, and I had to pretend to like him or I’d be labeled a “bad friend.”  So I did what every patient and desperate girl does—I prayed they would break up.  (I really should have had a Plan B.) Here’s a picture of Mary and I on the day she married Cliff.

As it turns out, it was a good thing for Mary—because Cliff is a wonderful man and they’ve been married nearly 25 years. And it was also a good thing for me, because that moment of change—the shift in relationships and the dynamics of friends and romance—inspired Audition and Subtraction.

How about you?  What was your WORST best friend moment? Did you have one friend you relied on?  Or were you part of a larger group?  Do you still keep in touch with your middle school friends?  Be sure to leave a comment and earn as many entries as you can for your chance to win a Prize Pack.

MY REVIEW of ADDITION AND SUBTRACTION:


This is a terrific book for ages 10 - 14, especially girls. Tatum plays clarinet and has her heart set on making it into honor band. With the audition looming, a new clarinetist moves in. Michael is just as determined as she is to get into the band, but only one can make it. What follows is a story of competition and friendship and first love.

I thoroughly enjoyed Audition and Subtraction, which surprised me since I don't read much contemporary fiction. But the story had just the right balance of humor and suspense to keep me interested all the way to shocking end.  The characters are endearing real. I get tired reading about school jocks, cheerleaders, and nerds all the time, so it was so refreshing reading about middle school musicians! But even if your young reader doesn't play in the school band, the challenges and situations the characters face are universal.

Best of all, the book is clean. Yes, there is a little bit of kissing, but it is all innocent and harmless. I handed it off to my ten-year-old with confidence. Audition and Subtraction is a worthy addition to any school or family library.

GIVEAWAY TIME!!!
Win an Autographed Hardcover,
a Swag Pack
and a $10 iTunes giftcard! 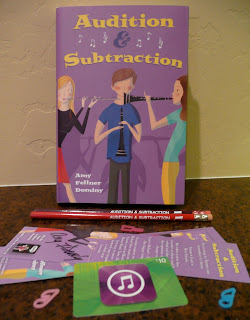 To enter, please fill out the rafflecopter form below.
(Only US and Canada, please.)
The giveaway will end on Monday, September 24th

a Rafflecopter giveaway
Posted by Laurisa White Reyes at 8:00 PM