I just completed the twelfth (yes, 12!) revision of a young adult thriller called CONTACT. It began two years ago this month as nothing more than a question - What if a teenage girl could upload someone's entire psyche with a single touch? 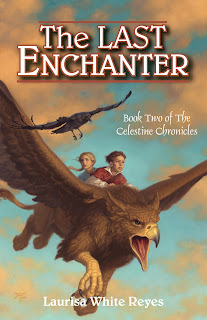 At the time I was embroiled in the panster vs. plotter debate. Pansters are writers who write without an outline or concrete plot in mind. Plotters work off detailed outlines and like to know all the details of their stories before they start writing them. Up until then I considered myself a plotter. I spent months outlining and summarizing THE ROCK OF IVANORE and THE LAST ENCHANTER, and stuck very closely to the outlines while writing the books. But I decided that I couldn't really claim that being a plotter was preferable to being a pantser if I'd never tried writing by the seat of my pants, so to speak. So I spent the summer of 2011 doing just that, and by that September, just three short months later, I had a 60,000 word novel in hand.

Of course, that was just the beginning. I've spent the past two years revising, restructuring, and reinventing CONTACT until my eyes have melted from their sockets and my brain has transformed into peach jello. But while the process of writing the first draft differed immensely from my plotted novels, the revision process has been exactly the same. So, now that I'm finished with my little experiment, do I consider myself a panster or a plotter?

Well, I think I still lean toward the plotter side. Why? It's just in my nature to want to know the answers to all the questions, to know the destination before I embark on my journey. But I am definitely open to trying a panster project again in the future.

I just submitted CONTACT to an agent, which means now I have to wait for an answer. Sigh. But in the meantime, I recently wrapped up another revision of a historical middle grade novel dealing with the issues of AIDS and the early days of the Civil Rights. THE STORYTELLER is not quite ready to submit to anyone. I need to do a tad more research to make sure all my facts are straight first. Maybe by year's end. 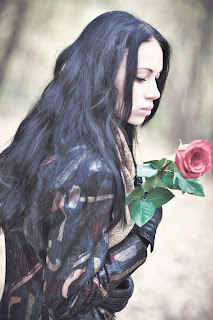 I'm debating whether or not to kick off a kickstarter campaign to self-pub a young adult
contemporary novella set in Guatemala called PETALS.

I am half way through the first draft of my first young adult sci-fi/horror novel--plenty of suspense and gore included. And I'm just beginning to write the first draft of the third book in THE CELESTINE CHRONICLES, THE SEER OF THE GUILDE, which, by the way, has been heavily outlined and plotted.

I've got to get busy promoting the release of my second novel, THE LAST ENCHANTER. And I start back to graduate school in the fall, so that will keep me pretty busy, too. But at least I've got this summer to make some progress on my books.

What are you doing this summer?
Posted by Laurisa White Reyes at 2:55 PM