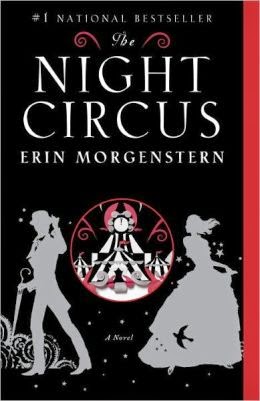 The circus arrives without warning. No announcements precede it. It is simply there, when yesterday it was not. Within the black-and-white striped canvas tents is an utterly unique experience full of breathtaking amazements. It is called Le Cirque des Rêves, and it is only open at night.

But behind the scenes, a fierce competition is underway—a duel between two young magicians, Celia and Marco, who have been trained since childhood expressly for this purpose by their mercurial instructors. Unbeknownst to them, this is a game in which only one can be left standing, and the circus is but the stage for a remarkable battle of imagination and will. Despite themselves, however, Celia and Marco tumble headfirst into love—a deep, magical love that makes the lights flicker and the room grow warm whenever they so much as brush hands.

True love or not, the game must play out, and the fates of everyone involved, from the cast of extraordinary circus per­formers to the patrons, hang in the balance, suspended as precariously as the daring acrobats overhead.
Written in rich, seductive prose, this spell-casting novel is a feast for the senses and the heart.

I'd been hearing about this book ever since it came out in 2011, but I never got around to reading it even though I've had a copy on my shelf for years. I finally downloaded it from Audible and listened to it on my Ipod.

My initial response was that this was a bit slow-moving. And the story is rather long. But it is beautifully written. Every sentence is like a poem, more than that, it is a sensory experience. The Night Circus is one of the most visual books I've ever read. Morgenstern is a master at world building, and there has never been a fictional world quite like the Cirque de Rev.

Rich and complicated and surreal, Morgenstern's tale of a competition between two styles of magic is one of the most extraordinarily inventive books I've ever come across. When I had finally finished it, I was left with a feeling of awe and otherworldliness that is difficult to describe. I have just one word for it -- remarkable.

Profanity - None
Sexuality - Mild
Violence - Mild
Posted by Laurisa White Reyes at 8:02 AM