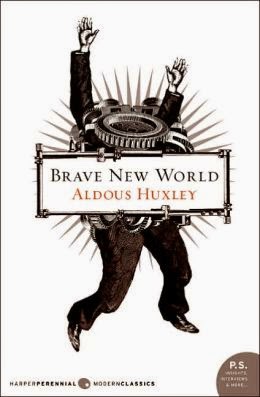 A couple of years ago I obtained a copy of Aldus Huxley's iconic dystopian novel BRAVE NEW WORLD on CD and  listened to it in the car. I confess I'm probably one of the few people who managed to NOT read it in high school like everyone else. A before that, I also listened to another modern classic, 1984 by George Orwell. If truth be told, I didn't care for either one. Maybe its because they are half a century old and writing has improved since that time, or maybe its because I felt the overt anti-christian and anti-government messages were so heavy-handed it was like being bonked over the head with them, I just don't like them. Sorry.

But I do love dystopian fiction. I read it all the time. But I tend to prefer YA dystopian and generally steer clear of the adult stuff. (Though I did read THE ROAD by Cormac McCarthy, and I didn't like that one either. But I love, love, love Hugh Howey's WOOL and SAND!) So why do I like the YA version of the genre so much? Lots of reasons, but I'll focus on just three.


1.  The messages are present, but subtle. 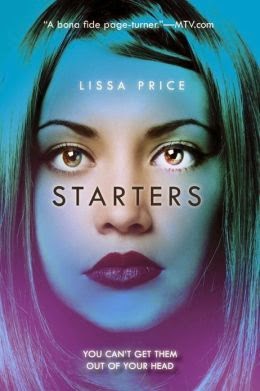 Dystopian fiction by its very definition exploits the WHAT IF? factor. What if the country was devastated by a massive volcanic eruption? What if an epidemic wiped out everyone between the ages of 18 and 65? What if the government passed a law against single parent families? What if parents could have their rebellious teenagers divided up for tissue and organ donations?

These WHAT IFs? are always huge, resulting in drastic changes in the government, society, and landscape. But underneath the devastation and moral corruption lie subtler questions such as do we place too much value on physical appearance? Is it wrong to entertain ourselves with the suffering of others? How valuable is life, and how far should we go to protect it?

A really good dystopian novel not only entertains, but it also pricks one's conscience and demands that issues that are actually very relevant today be addressed. These books may not attempt to provide answers to the questions they pose, but they do get their readers thinking. 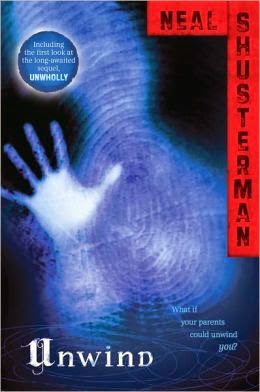 2.  Dystopian is all about consequences.

We live in a society where consequences are becoming more and more irrelevant. TV programs, movies, music too often portray difficult circumstances with either too simplistic resolutions or none at all. If the entertainment media was to be believed, drug and alchohol usage, sexual promiscuity, and violence never hurt anyone. It's a do whatever you want nothing will happen kind of society.

But not in the dystopian world.

Dystopian fiction imagines worlds as they might be. They are always the result of something: a natural disaster, a political rebellion, a moral upheaval. In THE HUNGER GAMES, Panem is a nation of class divisions, of unrestrained violence thinly veiled as entertainment -- the result of a terrible civil war. But the violence is directed not at those who were actually responsible for the war, but at the younger generation, the children. Could it be that war, that society's overindulgence in violence in general really impacts our children the most? Are the children the ones really laid on the alters? Is THE HUNGER GAMES, human reality shows where we might actually be heading?

3. In Dystopian worlds, morality is clear. 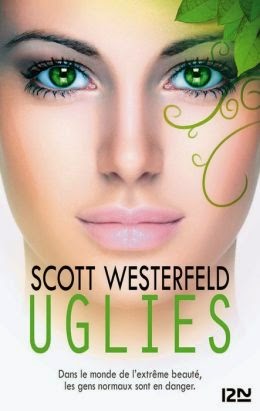 When we read about kids killing each other in the Hunger Games, or being dismantled into spare parts, or selling their bodies entertain the old and the rich, or undergoing surgery to make themselves beautiful--we, as the readers, have no doubt that a distinct line between right and wrong, between good and evil, has been crossed. While the characters in those worlds may not be as saavy, and may have pretty convincing reasons why they do what they do, the entire point of dystopian is that THE WORLD CAN GO TERRIBLY WRONG FOR SEEMINGLY GOOD REASONS.

Dystopian stories appeal to our general sense of morality, to our common understanding that there is such a thing as going to far. Perhaps that sense comes from knowledge of our own human history--the abuse of Native Americans, the Jewish Holocaust, the Communist tyrannies. We as a human race have seen suffering. We have seen cruelty. Dystopian fiction serves to remind us of what is really at stake, and perhaps help prevent such tragedies from ever happening again.

What are your favorite Dystopian novels? What parallels do you find between fact and fiction?