$10 GIVEAWAY - YOU'RE NOT ALONE by Nance Newman 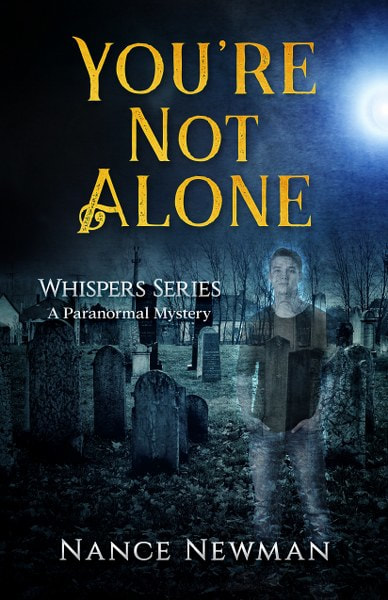 When you’re dead, you’re dead. That’s it. Nothing more. At least that’s what Quinn O’Reilly thinks until she starts hearing whispers after losing the love of her life to cancer. Quinn either has to start believing in an afterlife or admit that her own sanity is in jeopardy. As a battle begins for her beloved’s estate, threatening her with financial ruin, the voices intensify.

To make them stop, Quinn and her best friend Chaz follow an unlikely mix of characters into the world of spirits, ghosts and specters. What they must do to unravel the mystery of the whispers tests Quinn’s belief system in every way. Can the dead really reach out from the other side? Can Quinn open her mind enough to help her and her dead lover? Is it okay to commit a crime for a greater purpose? And what is appropriate attire for a séance or digging up a grave? 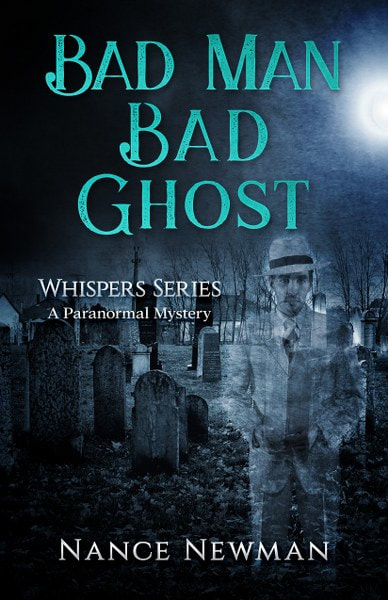 Finding clues in the shoes of a dead man in a coffin wasn’t what Quinn thought she would do when she became a mortician. She also didn’t expect the bodies that entered her funeral home to have lived their lives as bad men or to whisper their requests to her—not only demands that she has to fulfill to get them to stop, but ones that might lead her to commit acts on the wrong side of the law.


The spirit of a mob boss has entered Quinn O’Reilly’s funeral parlor and his whispers drag her into a world of criminals, secrets and lies. Once again, she enlists the help of her friends—Andjela, a communicator with the dead, Mr. Princeton, a professor of Egyptian studies at the local university, Chester, the owner of the town cemetery and Chaz, her best friend and assistant—to find the clues that will lead her to what the dead man wants. She realizes that she can’t answer the whispers alone which force her to put her friends in danger.
Soon she finds it’s not only the dead Mafia boss that wants something from her, but so does his wife, his mistress and strange, dark men in dark suits.
To make matters worse, Quin is realizing that the whispers of spirits aren’t going to go away. Neither is the specter that still haunts her apartment. 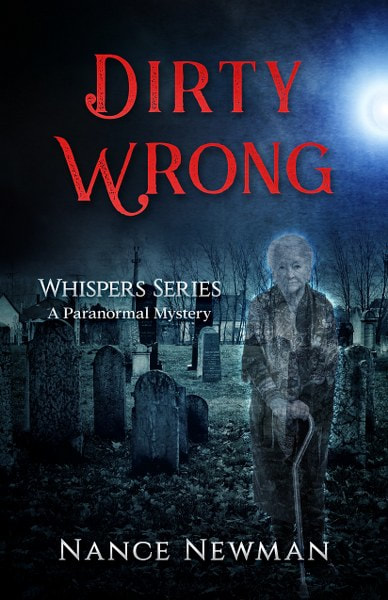 Eleanor’s spirit is doing a lot of griping in Quinn’s funeral home. She was the wife of a member of the Mafia who was murdered several years prior and now she wants something from Quinn. Her best friend nicknamed her “Mafia magnet” since this is the second spirit to contact her who is connected to the mob. She knows she is destined to a life of answering their ghostly requests but she wonders if all the spirits that contact her will always be on the wrong side of the law.


Once again, Quinn must put her friends in danger to help her decipher the clues Eleanor’s spirit has communicated to them. It leads them to the now defunct, dark, and foreboding subway tunnels beneath the city where they discover they’re not the only one’s searching for whatever Eleanor has hidden. There’s a war going on in the tunnels and they can’t tell who’s winning—the ghosts or the Mafia. What will happen if the war in the tunnel keeps them from finding the answers to Eleanor’s clues? Will the price they have to pay for being in the middle of it be too much for Quinn to handle? 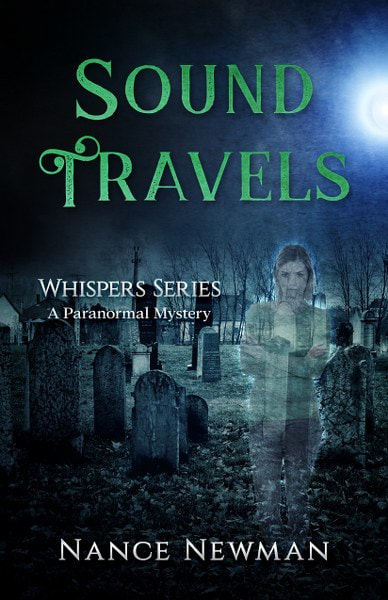 Once again, Quinn hears the whispers of the dead, but when it follows her on a trip to New York City with Andjela and Chaz to help her parents find a missing girl, Quin realizes the whisper is that of the missing girl, Sofia.


The niece of Eleanor, the last spirit to elicit Quinn’s help, Sofia had somehow gotten mixed up in her family’s Mafia mess. Now she is dead.
Quinn summons Mr. Princeton and Chester to New York City to help them communicate with Sofia. Together, they must follow the clues to find Sofia’s body and the cause of her death.
Who is really responsible for the murder of a young girl? What was Sofia hiding that got her killed? Will Quinn and her friends find her and what it was she was hiding?
And why are there two different black SUV’s that show up where ever they are?
Follow Quinn, Andjela, Mr. Princeton, Chester and Chaz into two very menacing worlds-that of the Mafia and of the dead, and discover the newest hiding spot—a very large hole in Brooklyn. 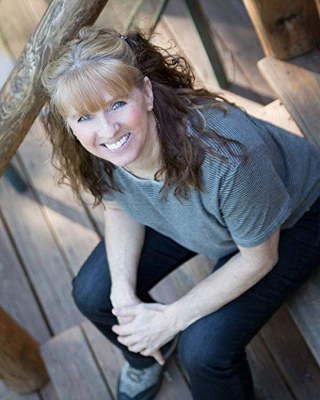 I live in upstate New York with my two dogs; a 17 year old Min Pin (Zeus) and a female dog I recently rescued from the Puerto Rico hurricanes (I have been learning Spanish and she is learning English!). Her name is Ela and she is a joy.


I have been writing in some form or other since high school when I bought my first guitar (a 12 string for $50 from one of those magazines my mother used to receive in the mail) and began writing songs. In college, I started my first novel that I hope to go back to and finish someday.
I currently work for a school district in transportation as a router and dispatcher where I use software to solve the puzzle of getting 5600 students to many different schools, but my goal is to become a full time writer of novels and music. I try to fit writing in with my full time job and hobbies that include biking, gardening, hiking, kayaking and watching movies (lots of them and all kinds)
I continue to write songs and perform with Dooley(my music partner) We have a CD of original songs and it is available for your enjoyment. Visit me at nancenewman.com to check it out.
I am really excited to share my work with you, and some days you might see me driving a big yellow school bus.