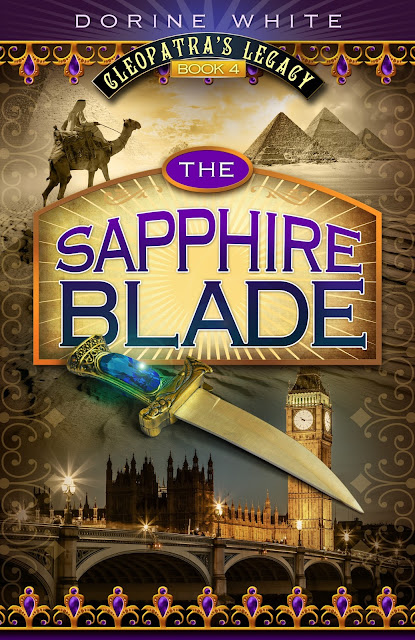 The final journey begins!
Travel with past heroes and a new adventurer to the historical romps of London and the scorching sands of Alexandria. Fourteen-year-old Akmir, raised from birth to sacrifice everything in the pursuit of Cleopatra’s magic gemstones, holds within his hands the secret location of the fifth and final mystic gem: the blue sapphire.
His quest leads him to England, where four other gemstone searchers: Sara, Melanie, Kainu and Claire, are on the hunt. A pawn of the Roman Brotherhood, Akmir must choose his own path, whether to follow in his father’s brutal footsteps or stay true to his mother’s Egyptian heritage. Clues, puzzles, and danger rule the day.
What will happen when the power of all five gemstones are brought together? This is a battle for life and death, and only one side can win.